2018 was a busy year for the Oxfordshire Green Party. We fought a campaign to win back council seats in Oxford, but only 2 were elected. There were also near misses, increasing the Green vote in Kidlington by 500 and getting the closest we ever have in winning a county council by-election, just 75 short. We have already started campaigning to get the first Green councillor elected outside Oxford.

Alongside that we have been campaigning on issues that matter in Oxfordshire, such as homelessness, housing, transport, air pollution and council services and getting together socially, ending up with the Christmas Green Fair.

Two MPs came to Oxford. Caroline Lucas MP came back to her roots, where she was first elected as a county councillor, for a public meeting and to launch the Green Party election campaign for Oxford City. Layla Moran MP for Oxford West & Abingdon answered questions at a public meeting.

Meanwhile, we continued to campaign for the freezing homeless and held a meeting to work out how to do more outside Oxford, through local branches and groups.

Your Green councillors proposed a better budget for Oxford, spending on homeless and community facilities and investing in energy efficiency. instead of expanding Seacourt Park and Ride. They also asked the council to open emergency homeless accommodation when temperatures below freezing for one night, not just for 3 consecutive nights. It was rejected then, but later the council implemented our policy for winter 2018-19.

It was the month of the Oxford Young Greens launch, the AGM in which we formally set up local branches and groups across the county, had a forum meeting on homelessness and approved the manifesto for the 2018 Oxford City council elections.

It was a campaigning month. In addition to action days in East Oxford, we started a campaign in Kidlington, following an agreement with the Liberal Democrats to jointly oppose a massive housing development in the green belt that separates Kidlington from Oxford. Volunteers began to come to east Oxford to campaign to re-elect Dick Wolff, David Thomas and Elise Benjamin.

A Green Party survey found 15 out of 20 rough sleepers in Oxford had been on the streets for 2 years. A judge ordered ministers to require local authorities to investigate and identify measures to tackle illegal levels of air pollution in 33 towns and cities, including Oxford. And in Bicester we campaigned for more electric charging points. 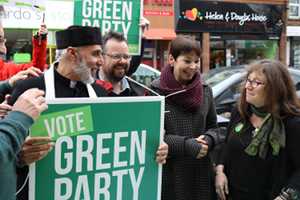 Early in the month, Keith Taylor, Green MEP for SE England, came to Oxford to talk about the potential impact of Brexit on EU nationals living here. A Green Party motion to restrict single use plastics was passed by Oxford City Council, but meanwhile they started demolishing Lucy Faithful House homeless shelter.

Caroline Lucas came back to Oxford to appear on Any Questions and launch the Green Party election manifesto for Oxford City council. She recorded a video on air pollution. Finally larger numbers of volunteers came to help our candidates campaign in Oxford and Kidlington.

On 3rd May, voters went to the polls to elect councillors for Oxford City, Cherwell and West Oxfordshire. Dick Wolff was re-elected as councillor for St. Mary's, Al Morris became our first Marston parish councillor and Ian Middleton raised the green vote in Kidlington East by over 500 votes. He didn't manage to beat the sitting councillor and neither did Elise Benjamin or David Thomas. As in 2017, more people voted for the big parties as politics became more polarised. It didn't help that our campaigns started late and that we didn't get enough people helping until the last few weeks. To win we need to campaign all year round. 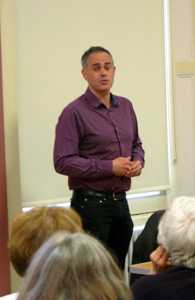 Oxford City Council is now a one party state, dominated by good and bad Labour councillors. One of them, Lloyd-Shogbesan, was reported to the city council standards committee, after Cherwell magazine found old social media posts that compared Israel to Nazi Germany, praised Ghaddafi and said: "cancer is not a disease but business... cancer consists of only a deficiency of vitamin B17. It is nothing else. Avoid chemotherapy, surgery, or taking medicines with strong side effects". Tell that to Bill Heine.

Meanwhile, our experienced councillors continued to serve on council committees, Craig Simmons was elected as Sheriff of Oxford (and Lord Mayor for 2019-20) and Dick Wolff organised a workshop looking at cable cars as a solution to Oxford's traffic problems.

Our members got together to review the election, plan the next one and listen to Jonathan Bartley talking in Witney about what he is doing as co-chair of the Green Party.

Over the summer we set up Green Party stalls at festivals and events, so that more people can learn about what we are doing. In June we had stalls at the Eid Extravaganza, walked in Oxford Pride and had a picnic in Abingdon.

Molly Scott-Cato came to Oxford for a public meeting on economics for sustainable posterity, where, together with an Australian economist, she demolished some of the economic myths beloved of Conservative and Labour politicians.

Summer stalls continued: Cowley Road Carnival, People's Fair in Florence Park, Faringdon Peace Festival and Keble Road fun day. We tested an election board game and stood in the Headington ward Oxford City Council by-election. Meanwhile Abingdon Greens had already started their campaign for the May 2019 elections, doing surveys to find out what local residents want from their councillors.

Earlier in the year, the Boundary Commission had published a draft proposal for new Oxford City Council ward boundaries. Thanks to individual voter registration, there were far fewer voters in some wards. Their draft was based on an Oxford Labour proposal that hardly touched the wards which elected Labour councillors but cut up the wards where residents had elected opposition councillors. It was a typical example of gerrymandering. It cut across community boundaries such as Florence Park and Divinity Road community associations and had weird wobbly boundaries breaking roads in two. They were, as one Labour Councillor said to a Green Councillor in a cross-party review group, "designed to make sure you lot can’t get re-elected". 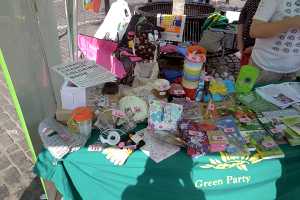 An Oxfordshire Green Party team mapped the community boundaries and local data in a Geographic Information System (QGIS) and came up with better boundaries. We submitted our proposal to the Boundary Commission on 13 August.

Elsewhere we continued to talk to people across the county, with a stall and tombola in Abingdon Market Square, a stall at Elder Stubbs, a meeting of people looking to find better solutions to housing and an online meeting for rural greens.

National success for 3 of our members. Cheryl Briggs was selected to go to the national Green Party campaign school, Liz Reason was elected to chair the Green Party Executive Committee and Elise Benjamin had been re-elected as chair of the Association of Green Councillors.

Meanwhile Oxford City Council invested in the National Homelessness Property Fund. That was a good idea proposed a year ago by Green councillor Craig Simmons. We took part in demonstrations against a new bad idea: the Oxford-Cambridge Expressway.

Members and supporters came together to listen to Layla Moran MP. And then we got together in the annual Green Gathering, where we heard from a food bank organiser, water pollution campaigners on the Windrush and an Eynsham planning campaigner.

All hands on deck for an Oxfordshire County Council by-election. David Williams campaigned to win back Iffley Fields and St. Mary's division, one we had held from 2009 to 2017. We lost by only 75 votes, the closest we have come in a council by-election since 2004. It was an amazing campaign, with the best organised polling day we have ever done. But there isn't much time in a by-election. You have to get large teams out knocking on doors, talking to voters, from the first day. 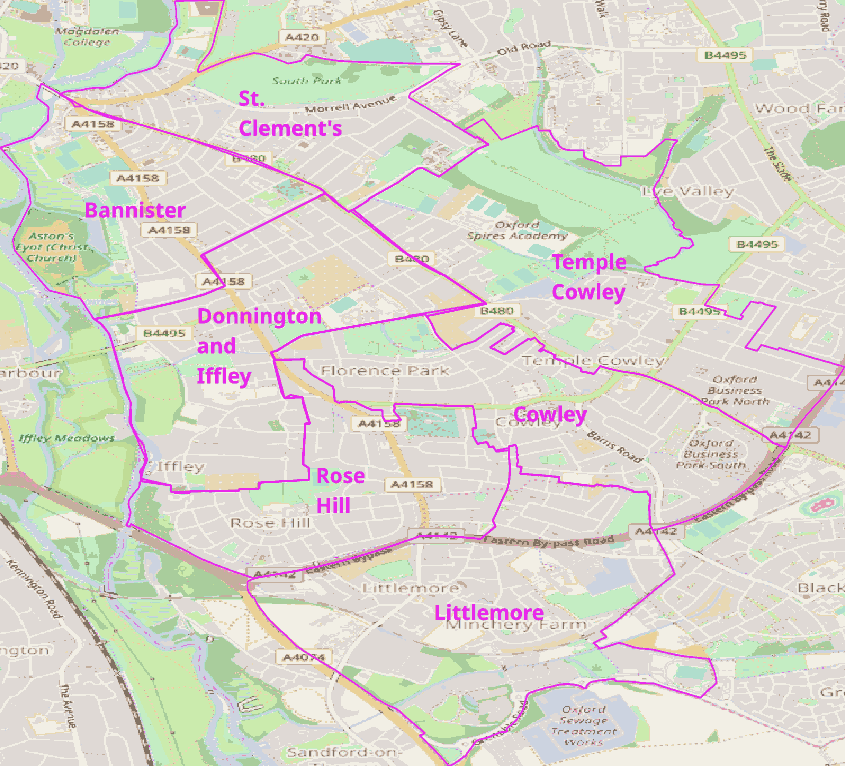 The Boundary Commission accepted all of our proposed boundaries for 7 wards in Oxford. They then started a 1 month quick consultation on those changes. We will hear the final results in February. Those will be the wards for an all out election in May 2020, electing 2 councillors in each ward.

For the May 2019 elections, year round campaigning continued, with surveys in Abingdon and Bicester. 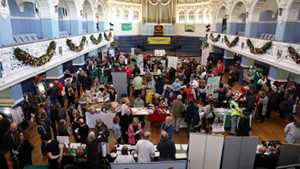 It is the time for Christmas, so it was the time for the Oxford Green Fair. A great success, people came, listened to stories of Sid Phelps green success in the Forest of Dean, bought their Christmas presents and learned about the many campaigns in Oxfordshire. We raised over £3000 to fund our election campaigns.