Bernie Sanders, Independent Senator for Vermont, brother of Larry Sanders, Green Party Parliamentary candidate for Oxford West and Abingdon, will announce tomorrow, 30 April, that he is running for President.

Bernie is the longest serving Independent member of the U.S. Congress. He says he is running because he fears that the enormous and growing wealth and power of the very rich threatens American democracy and the well-being of tens of millions of Americans. 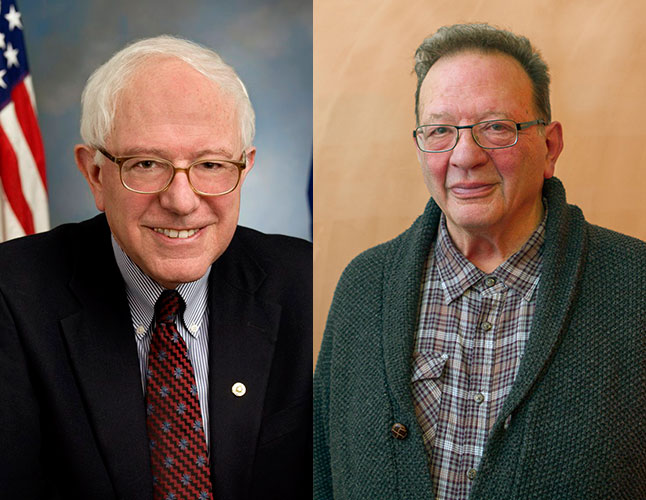 Larry, whose own candidacy was endorsed by Bernie, because of his support for taxes on the top 1% to adequately fund the NHS, subsidised Social Housing and practical steps to slow Climate Change, said:

"I am overwhelmed with pride for my brother. I am sure that he will be a powerful candidate for change. I am hopeful that British voters, faced with the same dangers, will support the Green Party. We will have increased influence and be the leaders in the campaign against massive inequality after the election. We know that none of the potential government parties has had the courage to take on the powerful to solve our critical problems."

Bernie appeared via webcam at a well-attended Green Party meeting at Wesley Memorial Church on 22 April. Larry says he will spend as much time as he can spare working on Bernie's campaign.