The Future of our Rivers

Posted by Barry Wheatley 411va on 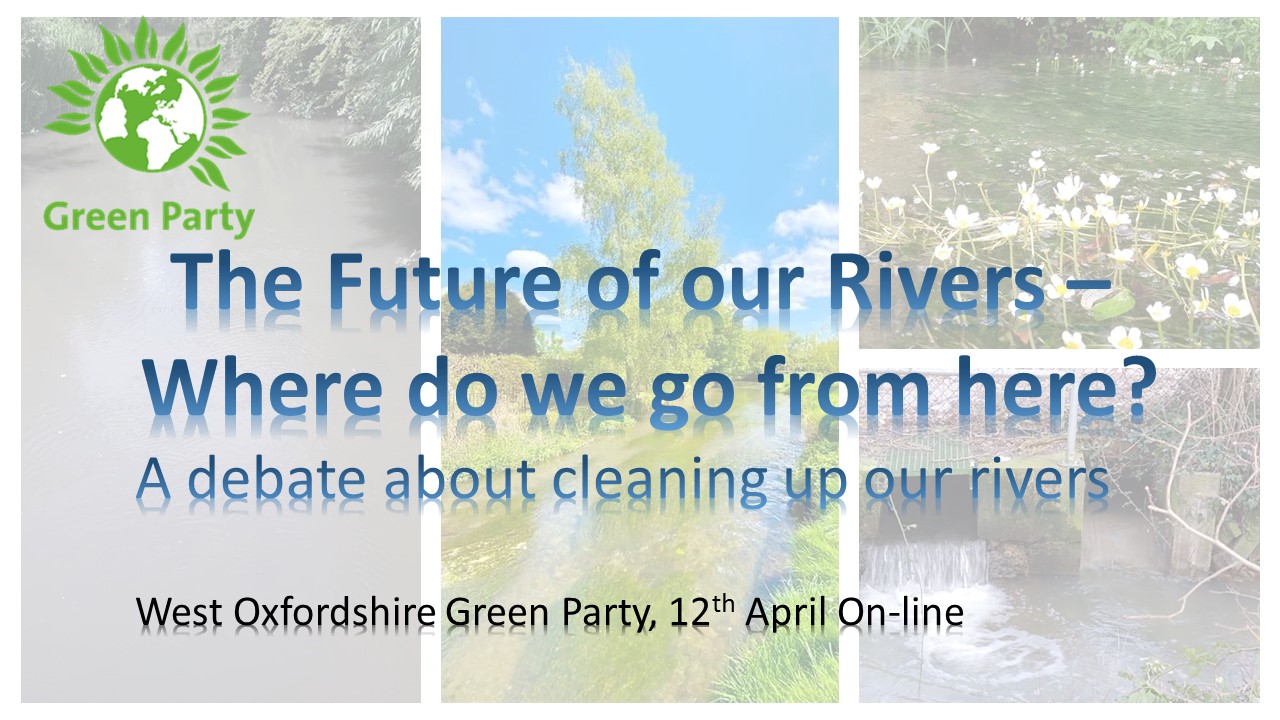 A debate about the quality of the water in our rivers and where do we go from here.

So instead of 2.6 Million hours of raw sewage being pumped into our rivers there will only be 1.6 million hours!
Even by 2050 there would still be an average of 200 spillages per day!!! If they hit their target!

Inevitably the continued rush to build new houses and the impact of climate change will wipe out any improvement in their performance!

While it is more profitable to pollute than perform their duty, the water companies will continue to ruin our waterways.

On Tuesday 12th April we have invited:

to lead a debate about the future of our rivers and where, logically, should we be going from here.

If you care about the water in our rivers please try to join us.