Pledge your vote to Ann Duncan, candidate for Oxford East

I'm your Green Party candidate for Oxford East in the general election. 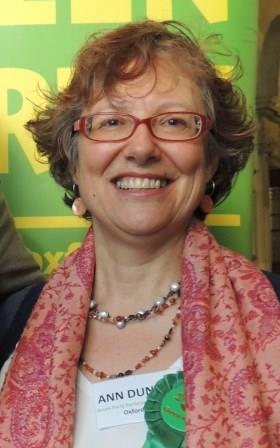 On May 7, when Britain goes to the polls, we desperately need change. Change that shatters the cosy consensus that serves the wealthy elite, but leaves the rest of us trailing behind.

If you vote for me, I promise in Westminster that I will stand up for you, for Oxford East and for what I believe in.

WHAT I STAND FOR

I’m a Green because I want to live in a country that takes care of its most vulnerable, and gives equal opportunity to everyone. I want to make Oxford a fairer, healthier, more inclusive city. 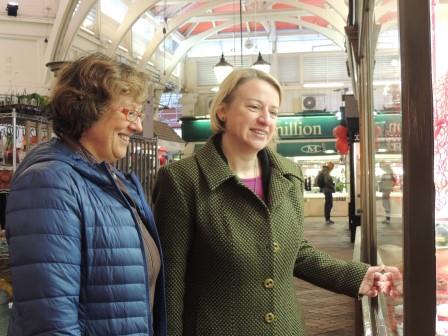 I'm an economist with nearly 30 years’ experience in international development. I've worked around the world for the World Bank and for the UK’s overseas aid programme. My work ensured communities had a voice in planning and project development and that adequately funded public services were available to those needing them most.

I've lived in Oxford for many years. During the 1980s, I lived in Summertown where I had my son. I moved away for work, and returned to Oxford five years ago. I stood for Oxford Green Party in three elections.

Alice Murch
Peter Thompson
5,076 VOTES FOUND
10,000 votes
Yes I support Alex.
I might support Alex, tell me more.
No I do not support Alex.
Oxford East GE Ann Duncan
Like this to spread the word
Tweet