Greens are celebrating good local election results across the Country including here in Oxford having overtaken the Tories and LibDems to become the second party in Oxford by vote share.

Says newly elected Councillor Chris Jarvis, “This is a strong result for the Greens. Two Green Councillors were returned in the newly expanded St. Mary’s Ward and a seat was won from Labour in neighbouring Donnington Ward.”

However, despite a strong showing across the City, in which the Greens came first in two wards and second in nine wards, the vote distribution translated into an increase of just a single seat.

Says newly elected Green Councillor Lucy Pegg, “Our unfair voting system means that despite polling second across the City, ahead of the Lib Dems and Tories, we remain the third party on Oxford City Council.”

Under a fairer voting system, the Greens would have been expected to win 10 seats on the City Council and Labour 22. Instead, the current ‘first-past-the-post system’ returned just 3 Greens and 34 Labour Councillors. 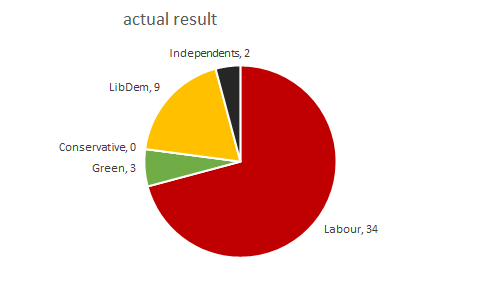 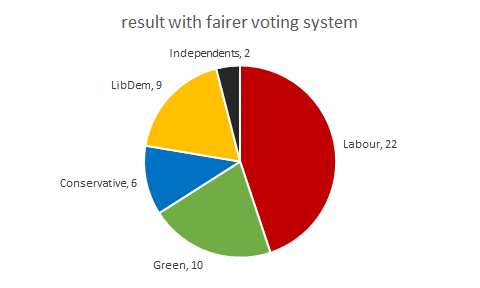