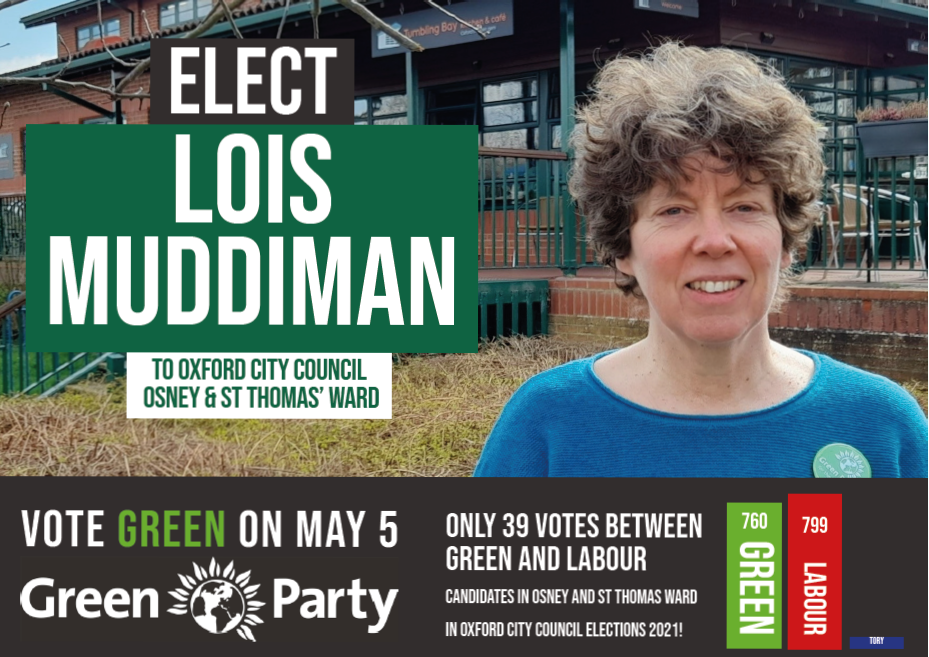 Lois has also been actively involved in the local Panto since it began, writing, directing and designing the scenery.

After studying History and Politics, Lois began her career in Education and then worked in Community Development for local authorities and housing associations. She now works part time for a local IT company developing a volunteering website and as a freelance project manager.

One of her recent projects was producing Oxford Christmas Lights Festival 2021 and she is currently working to involve community groups in Oxford University’s galleries, libraries and museums. Lois’ own work, an installation addressing addressing colonialism, was recently exhibited in the Ashmolean.

Lois is extremely concerned about climate change and inequality and has campaigned over many years on these issues. She joined the Green Party to make a difference on climate and social justice at a local level.

At the last local election Lois very nearly won a seat on the City Council - she needed just 39 more votes.

Lois said “After 25 years serving our community as a volunteer, it would be an honour to serve as your City Councillor, especially at a time when so much change is coming to our area.”