Oxfordshire Green Party announced that it will support NHS staff in their strike on November 24 to protest the Government’s decision to reject the independent pay review body’s recommendation of a 1% wage increase.

“The refusal to pay a 1% increase is an insult to hundreds of thousands of loyal and hard-working NHS staff. It is part of the cuts which are wrecking our health care. We salute the Nurses, Cleaners, Porters, Midwives, Pharmacists, Scientists, Paramedics, Admin staff, Radiographers and Dieticians who are taking action in the week beginning November 24th.” 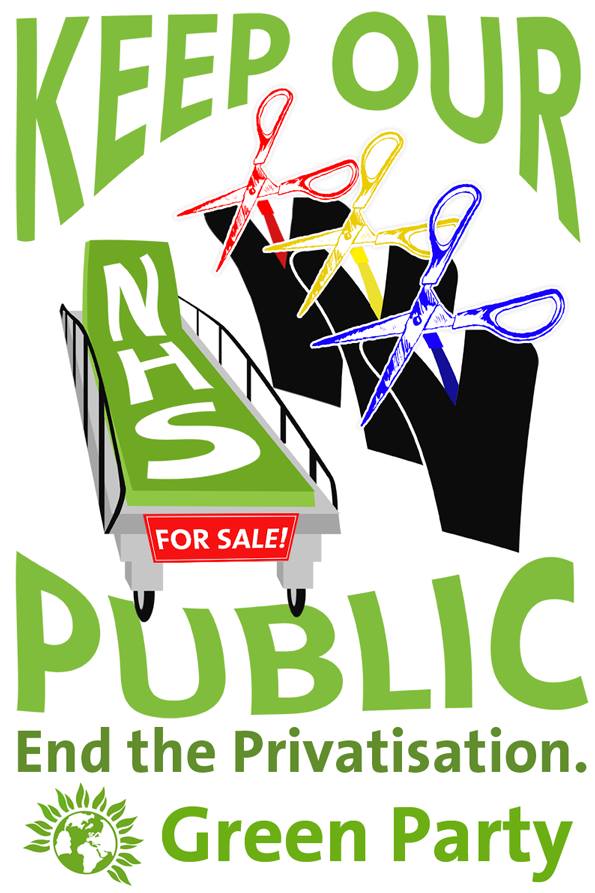 -      NHS workers are poorly paid
-      A third of NHS staff do not get paid enough to live on (they rely on in-work benefits)
-      Cutting pay is not saving jobs. (Both numbers of  staff and their pay are going down)
-      Staff need to know they are valued. To refuse a tiny 1% increase shows contempt.
-      No other independent pay review commission has been ignored. “

Ann Duncan is also chairing a public meeting on the NHS:

Professor Allyson Pollock will be speaking on ‘Reinstating the NHS: why and how’ at 8.00pm on Tuesday 25th November Oxford Town Hall. Tickets can be booked at early discounted rates (£5/£2). All welcome!