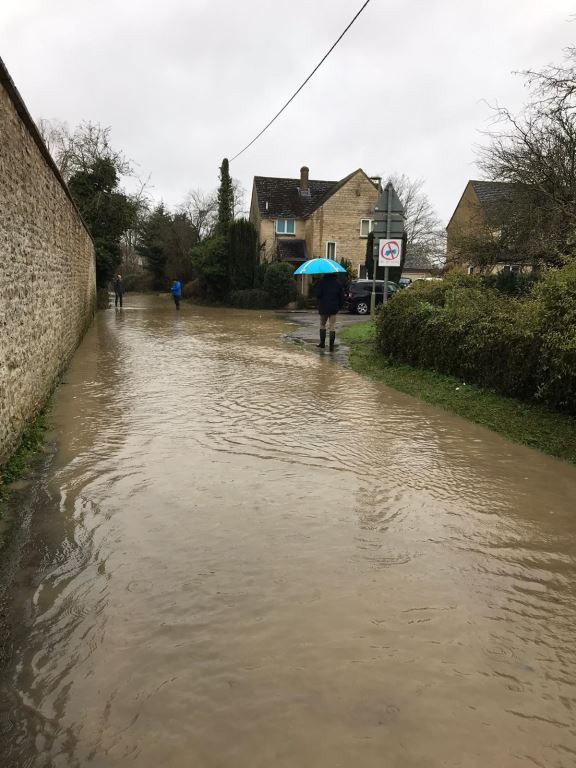 A motion calling for better response to local flooding incidents across Cherwell was passed unanimously at the end of the full council meeting on 22nd February.

Green councillor Ian Middleton brought the motion which was seconded by Libdem Katherine Tyson. It called for areas that are at risk of flooding to establish a ‘flood resilient community’, including the formation of local flood response groups and forums for residents to feedback information on current and potential flooding risks.

The motion also said that updated surveys and maintenance programs, with maps of drainage and flood defences and associated repair responsibilities should be published regularly to help local groups and response agencies to maintain and monitor them.

Finally Councillor Middleton called on risk management agencies across the county to set up a cooperative task force, including the provision of a centralised contact point which can trigger an immediate, proportionate response to all emergency flooding events. It is envisaged that all local councils and other agencies would play a part in this.

Councillor Middleton commented, "I was very glad we managed to debate this motion, even though it only just made it before the new 11pm guillotine imposed by the Conservatives in the recent constitutional review.  If it hadn't been discussed at this meeting it would have been another 5 months before it would have been heard and obviously we could be facing many more flood incidents before then.

"As a councillor, I've been trying to help local residents deal with flooding in both my Parish and District council wards.  It's become apparent that there is no central co-ordination and no single contact point that can be called on to manage flooding at all levels.  Smaller floods are often given a low priority by the relevant agencies and even the new guidance issued by the County and District councils doesn't provide a timely response to these incidents.

"Cherwell District Council recently resumed responsibility for flood defence in the region and as we also work closely with the county council we are in a unique position to take some leadership on this issue and improve responses to these distressing and costly incidents.  This is even more important in areas like Yarnton and Begbroke where I live which have been flooded recently and where the council has recently identified areas for development as part of the local plan review.  Covering areas in tarmac and concrete is only going to increase the likelihood of flooding and we need to ensure that suitable and long last flood alleviation measures are included along with responsibility for maintenance.

"Climate change means that these are no longer 1 in 20 or 30 year events.  They are now regular occurrences and we need and effective and responsive protocol to deal with them. This includes local involvement with groups like the one recently set up in Yarnton which I fully support."