Oxfordshire’s Green Party county councillors are putting a motion to the County Council later this month to push the other parties on the Council to make public ownership of the railways a priority. 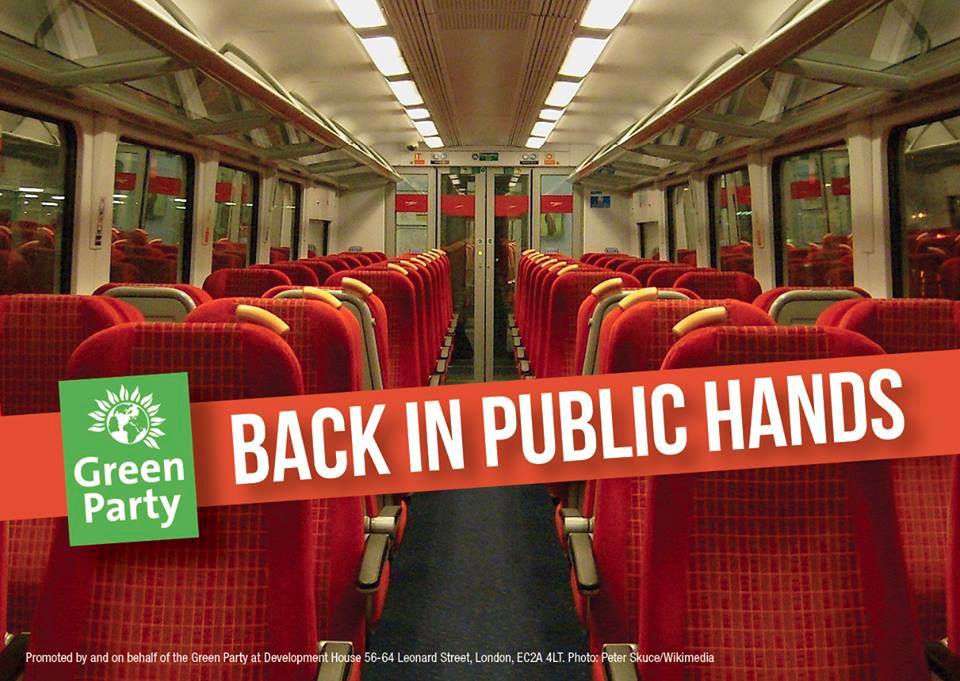 The British public support bringing back the railways into public ownership. Opinion polls and surveys show average support in the 60-70% range.

Councillor David Williams, leader of the Green Group on the County Council, explains: “Our motion on public ownership of the railways follows the County’s review of its Transport Strategy, which stresses that pressure on roads can only be relieved if more people use public transport, walking and cycling. Our motion calls for the County to persuade the Government to divert part of the £18 billion already committed to road building to rail expansion, reduced rail fares, bus subsidies and new cycle networks. We also stress the need for a fully integrated modern railway system. In Oxford this would mean bringing forward: the full use of the line running through Cowley for passengers in both directions; other planned rail improvements as already identified which would increase services between Oxford and the rest of the County and improve services to London.”