East Oxford Green Councillors David Williams (County) and Craig Simmons (City) have intervened in a 'dispute' between the new proprietor of the Globe News Market (which houses the Donnington Post Office at 293 Iffley Road) and the Post Office with the aim of preventing the closure of the post office branch.

Mr. Mohammed Ghalib, who is shortly to take over the running of Globe News Market, has told Cllrs Williams and Simmons that he wishes to continue to operate the post office branch but is being prevented from doing so by the Post Office.

Meanwhile, the Post Office have replied to Cllr Williams claiming that it is the resignation of the postmaster that is the cause of the closure. They have not provided details of any approach by Mr. Ghalib and imply that no one has come forward to offer to operate the branch.

Says Cllr David Williams; "Clearly, that has been some sort of miscommunication between the Post Office and Mr. Ghalib. The most important thing is to sort it out so that the post office branch is, at worst, closed only temporarily and hopefully can be kept open continuously. I have today written back to the Post Office to try and clear things up. As a fallback position, we have approached other small shop owners in the area to see whether they would be willing to takeover the running of a local branch."

Note that following the closure of the Cowley Road branch office, the closest Post Offices to Donnington are now at Temple Cowley, Abingdon Road and the City Centre. 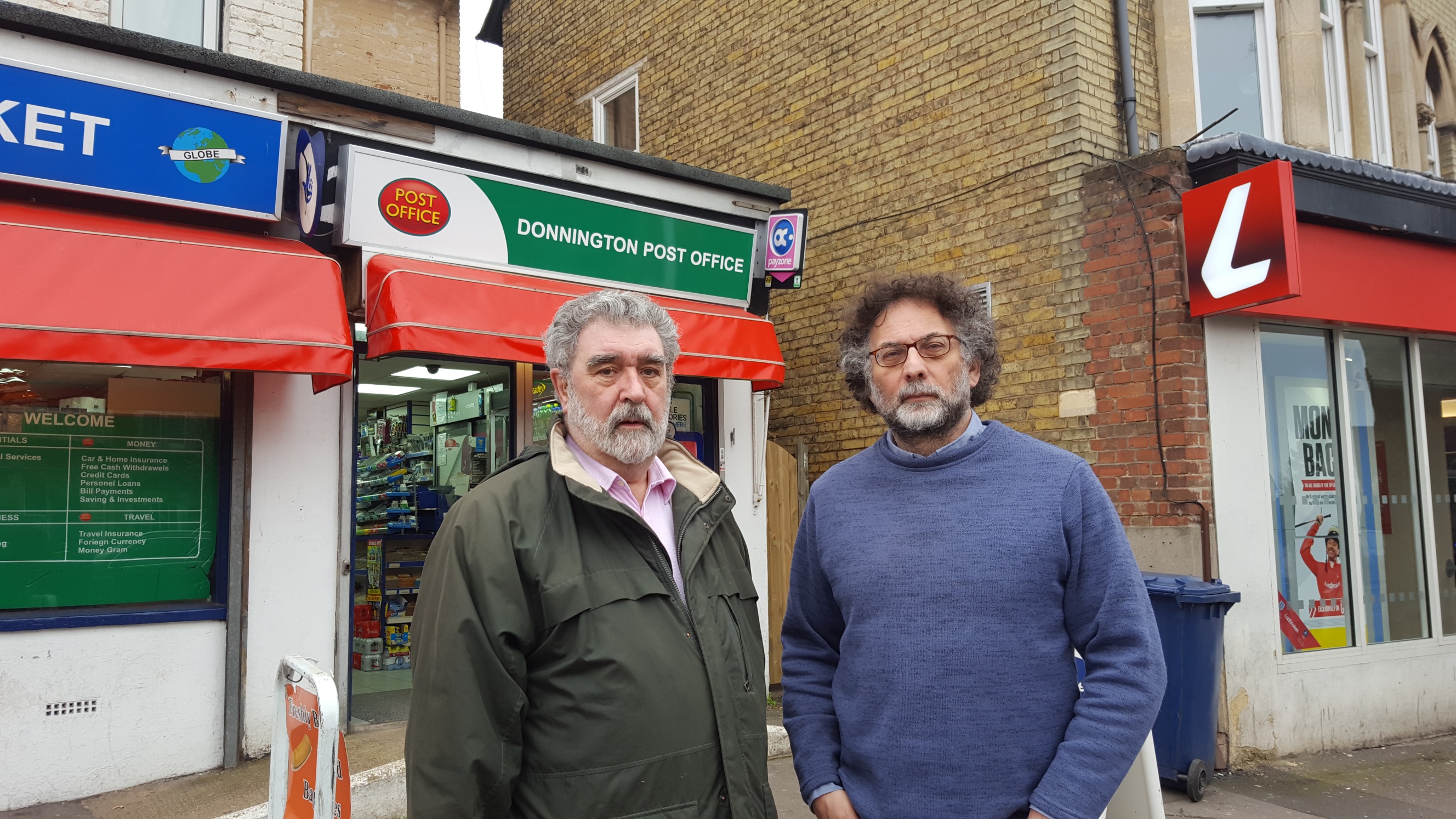 Cllrs David Williams and Craig Simmons in front of the Donnington Post Office.