Today Labour-run Oxford City Council's Cabinet refused a set of recommendations from its own cross-party Scrutiny Committee [1] that would have ensured, amongst other things, that the proposed 'net zero' carbon plan adopted a standardised approach to carbon measurement, management and target-setting.

Says Green Councillor Dick Wolff; "It is very difficult to have any level of confidence in the Council's carbon reduction plans when they are not willing to follow agreed carbon accounting standards nor subject the plan to external audit. We simply don't know if they are genuinely on-track to be net zero carbon by 2030 or whether it is just one big publicity stunt."

Cllr Wolff continues: "We saw the consequences of such loose thinking around carbon accounting only recently when the Council were forced to do a U-turn on the definition they used in their Local Plan to describe zero-carbon housing when it was discovered that the definition they used was non-standard and significantly under-estimated actual carbon emissions." 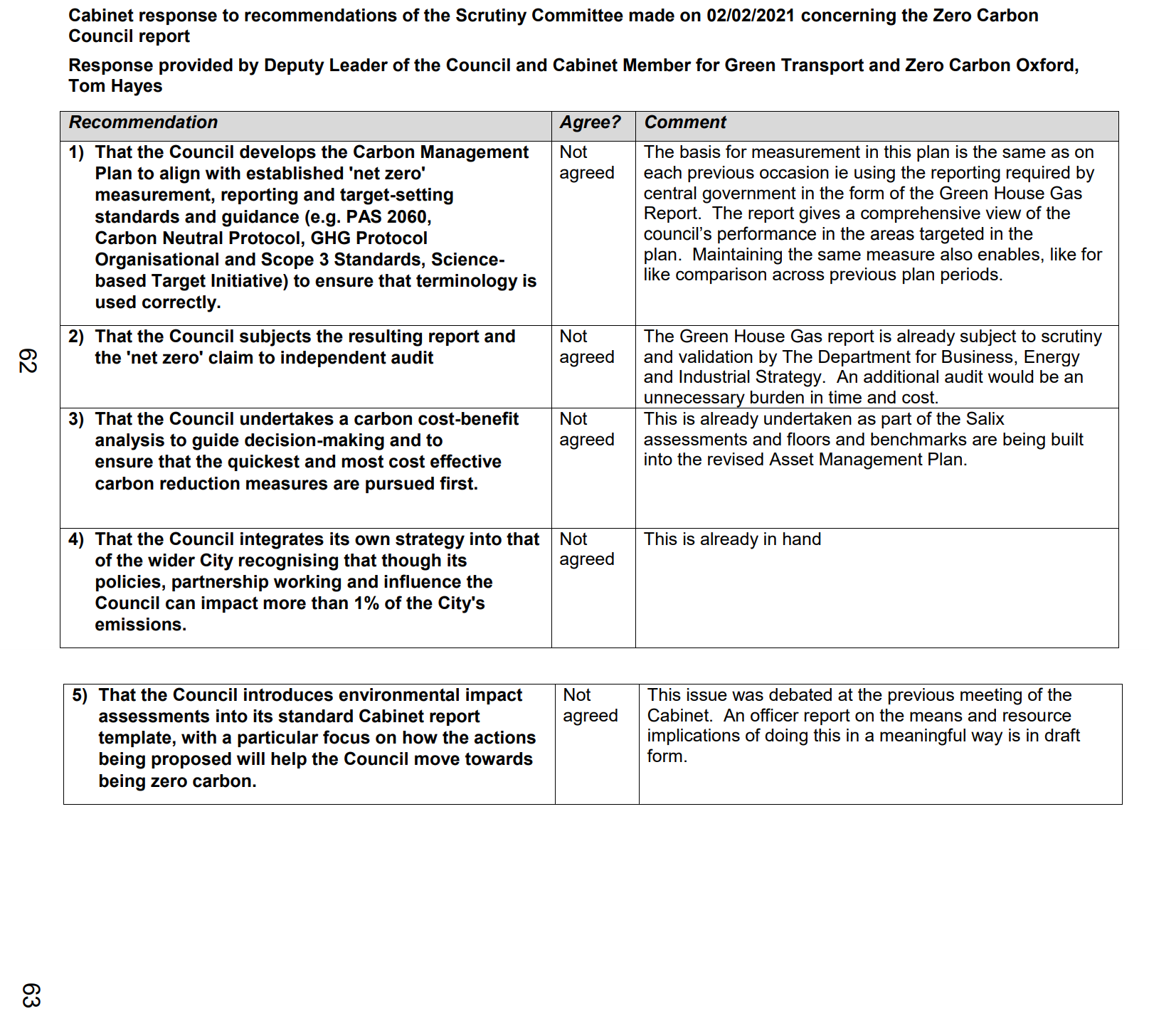