Colin Tudge is our candidate for Chalgrove and Watlington

Colin Tudge, the famous author and real farming campaigner was today nominated at the Green Party candidate for the Oxfordshire County Council by-election in Chalgrove and Watlington. 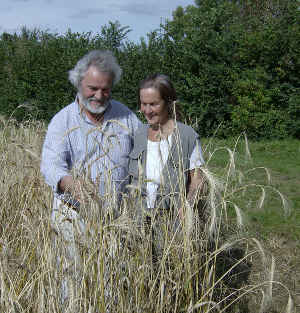 When invited to challenge the unthinking assumptions of the Conservatives on Oxford County Council, by standing in the by-election, he jumped at the chance. He was shocked to hear how the Conservatives are cutting back on services for the vulnerable in Oxfordshire, so that it now costs £15 for an elderly person to visit a day centre. He says:

I believe that the Greens are the only existing political party that truly recognizes the absolute need for social justice, and the need to take the biosphere seriously. So of all the existing parties it is the only one focused on things that really matter, and the only one appropriate to our age.