Greens have reacted strongly against Tory plans to sell off social housing predicting it will be an 'unmitigated disaster for Oxford' putting more people on the streets, increasing rents and leading to more households  being forced to move away from their family, friends and support networks.

Last year 40 Council homes in Oxford were sold under the current 'Right to Buy' - far more than were built by the Council over the same period. Under Tory plans (which will extend Right to Buy to housing association properties) the number of low rent social housing sold is likely to increase significantly.

Approximately 20% of Oxford's 56,000 homes are social rented (either housing association or council owned). These are split roughly two-thirds Council owned and one-third housing association. This means around 4,000 affordable properties could be offered up for sale. Based on historical patterns, the Greens expect a surge of applications should the Tory plans go through. 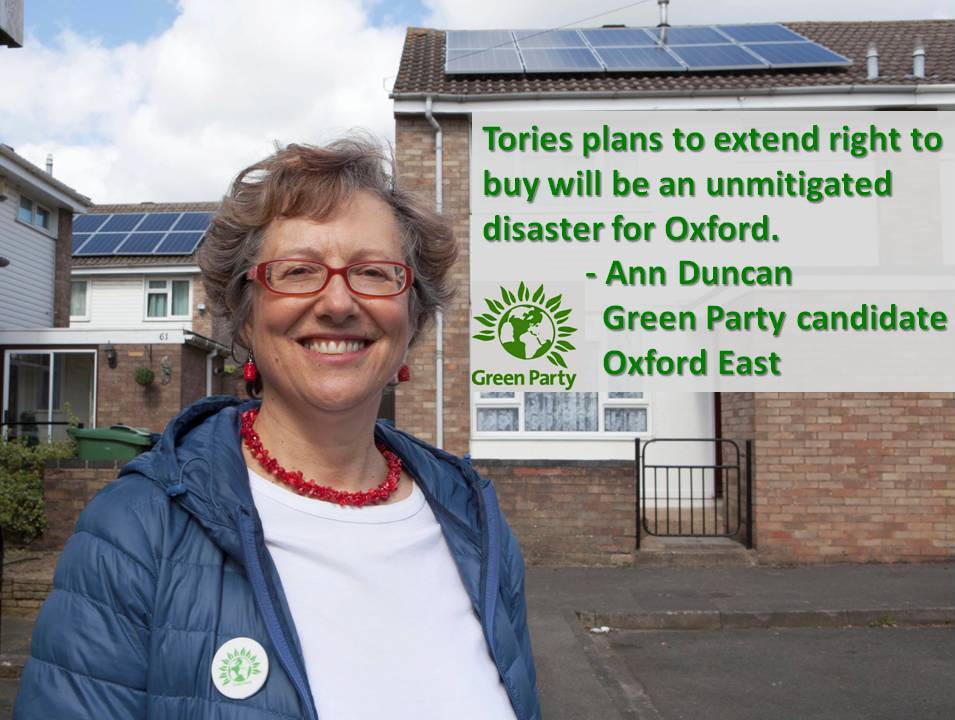 Ann Duncan, Green Parliamentary candidate for Oxford East, says: "Tories plans to extend right to buy will be an unmitigated disaster for Oxford. Research by the Greens predicts that we could see hundred of affordable homes lost in Oxford as a result - at a time when we desperately need to retain and increase our stock of affordable and social rented housing. Across the UK, only 18% of the social housing sold since Thatcher introduced Right to Buy have been replaced."

The Green Party manifesto, launched this week, commits the Greens to: