Green councillors in Oxfordshire told us their stories in two Meet a Green Councillor events this July. They told us how they got interested and elected and then their experiences as local councillors. Take a look at the videos. Would you like to stand for election? Or could you assist a councillor with the wonderful work they are doing?

Read more to watch the videos.

Ever thought of standing for election?

This is a call for candidates to stand for the Green Party at the 2022 elections to councils in Oxfordshire.

We need more Green councillors in Oxfordshire. Could you follow in the footsteps of our Green Party councillors, and stand for election? You could improve the quality of our councils by representing the people and views that the governing parties ignore.

In 2022 there are council elections in Oxford, Cherwell District (north Oxfordshire) and in West Oxfordshire. There are places where you might win as we came close in 2021 - and other areas where we need a candidate so that people can vote Green. And in 2023 there are elections across South Oxfordshire and the Vale.

If you are at all interested in standing as a candidate, or helping organise a campaign for a candidate, please complete the form below, and the Elections Committee will get back to you with more details.

If you want any more information on what is involved in standing as candidate, please contact the Elections Co-ordinator, David Newman.

We are looking for both target candidates, who will work hard to win in May 2021, and non-target candidates who need to do as little as getting on the ballot paper and our website so that people can vote everywhere for a Green Party candidate.

Last week people came to Oxford to discuss how we could quickly get to zero net carbon dioxide production around the world. Here are video recordings of their talks at the public meeting chaired by Lord Mayor of Oxford, Green councillor Craig Simmons.

Watch and learn and then go out to support today's Global Climate Strike.

On Halloween Keith Taylor MEP come to give us a fright: about air pollution in cities like Oxford and towns like Watlington. At a public meeting in Oxford Town Hall he was joined by Dr. Imad Ahmed who has discovered a possible connection between traffic pollution and Alzheimer's disease, and Chris Church of Oxford FOE.

Read more to view video recordings of their speech and find out what you can do to make Oxford a breathable city. 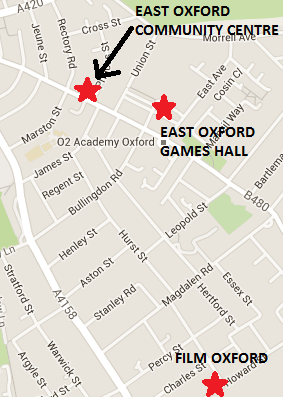 Oxfordshire Green Party is supporting industrial action by hospital porters against threatened cuts to their incomes.

Greens have reacted strongly against Tory plans to sell off social housing predicting it will be an 'unmitigated disaster for Oxford' putting more people on the streets, increasing rents and leading to more households  being forced to move away from their family, friends and support networks.

Around 200 people came to Oxford Town Hall on Tuesday to hear Prof. Alysson Pollock explain how the NHS has been dismantled and how to reinstate it. Listen to her talk.

She explained how over 20 years, under different governments, more and more of the NHS has been opened to private money, until the Health and Social Care Act 2012 removed the Government’s obligation to provide comprehensive free health care for all. The NHS is no longer providing a service, but an organisation commissioning contracts. The contractors can often pick and choose who they will treat.

These elections the Oxfordshire Green Party is running candidates in all of the Oxford wards, including the Summertown by-election, for a total of 25 candidates. The candidates, listed by the ward they are standing in, are:

How can we adapt to what is happening?

We sympathise deeply with families and businesses having to cope with these prolonged floods, and recognise that climate change is only going to make matters worse in years to come. The fact is, however, the effectivenesss of the proposed £160 million Western Conveyance has not been proven. It’s just one of a range of options on the table. We don’t believe the Government has looked meaningfully at up-stream management, and feel that flood victims in Oxford have not been properly consulted or listened to.

We would like you to contact us with your recent flooding experiences. We need to work together to develop and economic and environmentally sustainable solution to flooding in Oxford.

Use the suggestion box below to tell us your stories of the Oxfordshire floods, post pictures, and let us know what you think you and we can do about it.