Green councillors in Oxfordshire told us their stories in two Meet a Green Councillor events this July. They told us how they got interested and elected and then their experiences as local councillors. Take a look at the videos. Would you like to stand for election? Or could you assist a councillor with the wonderful work they are doing?

Read more to watch the videos.

Ever thought of standing for election?

This is a call for candidates to stand for the Green Party at the 2023 elections to councils in Oxfordshire.

We need more Green councillors in Oxfordshire. Could you follow in the footsteps of our Green Party councillors, and stand for election? You could improve the quality of our councils by representing the people and views that the governing parties ignore.

If you are at all interested in standing as a candidate, or helping organise a campaign for a candidate, please complete the form below, and the Elections Committee will get back to you with more details.

If you want any more information on what is involved in standing as candidate, please contact the Elections Co-ordinator, David Newman.

We are looking for both target candidates, who will work hard to win in this election, and non-target candidates who need to do as little as getting on the ballot paper and our website so that people can vote everywhere for a Green Party candidate. There are also a few places where a development candidate could build support over time to win a later election.

Yesterday there were 2 Green Party councillors serving in Oxfordshire councils. Now there are 9.

For the first time we have Green councillors in Cherwell, the Vale and 5 in South Oxfordshire. 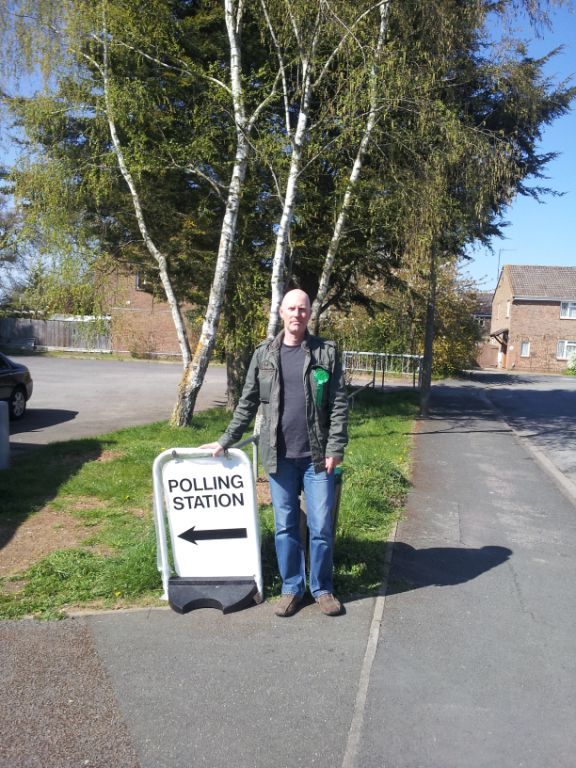 Ian Middleton (Kidlington East Ward) needs your help to get elected as a Green Councillor next May.
Without Green and Liberal Democrat councillors there will be virtually no one left to:
HOLD THE CONSERVATIVE-RUN COUNCIL TO ACCOUNT

Please complete the volunteer form below:

These elections the Oxfordshire Green Party is running candidates in Cherwell wards, including the District Council elections; a total of 7 candidates. The candidates, listed by the ward they are standing in, are: