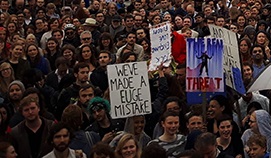 Keith Taylor is our Green Party Member of the European Parliament for the South East region.