Save Oxford from Tory rule

Tory-run Oxfordshire County Council have published proposals which would see Oxford City Council abolished, along with the four neighbouring district councils, and replaced with a new Countywide Council. The 'One Oxfordshire' (see www.oneoxfordshire.org) proposals, labelled as 'crazy' by Green County Councillor David Williams, are also backed by Labour and LibDem County Councillors who seem to have fallen in line with the Tories.

No one can say for certain what changes a Tory-run Council would make to the City. However, historically the County Conservatives have not supported a number of policies which have been backed by the people of Oxford and its councillors, for example, policies on affordable housing, homelessness, the Oxford Living Wage and climate change. 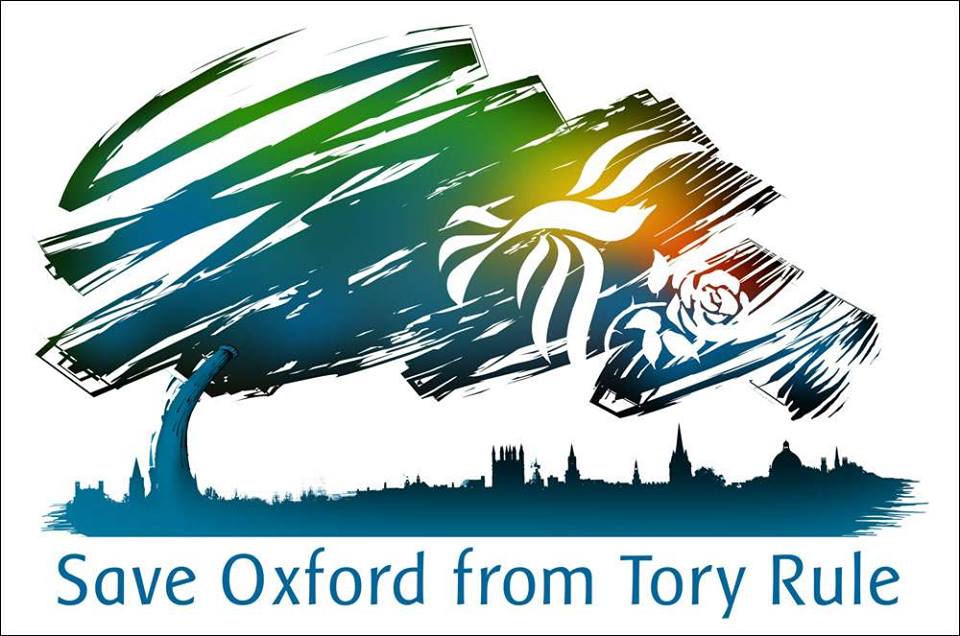 They have also taken a very different approach to how the council provide services. Whereas Oxford has continued to operate its own services and held on to its assets, the County Conservatives have chosen to privatise services and sell-off assets. This means that as Government funding has reduced Oxford has not suffered any serious service cuts or redundancies in recent years.

Of course, Oxford City Council is not perfect but it is far more accountable and far more reflective of the electorate it serves than the Conservative majority that pervades the rest of the County.

Luckily there is still time to oppose One Oxfordshire as the proposals are out for consultation* (until end February 2017). Sign our petition and let the Tories, Labour and LibDem Councillors on Oxfordshire County Council know that you do not want to see Oxford City Council abolished and Oxford ruled by Tories.

*You can also respond directly to the online consultation here - www.oneoxfordshire.org/get-involved

We are opposed to the One Oxfordshire proposal that will replace local councils with a large distant bureaucracy covering the whole of Oxfordshire, which will not reflect the diversity of the county.
59 signatures
Like this to spread the word:
Tweet