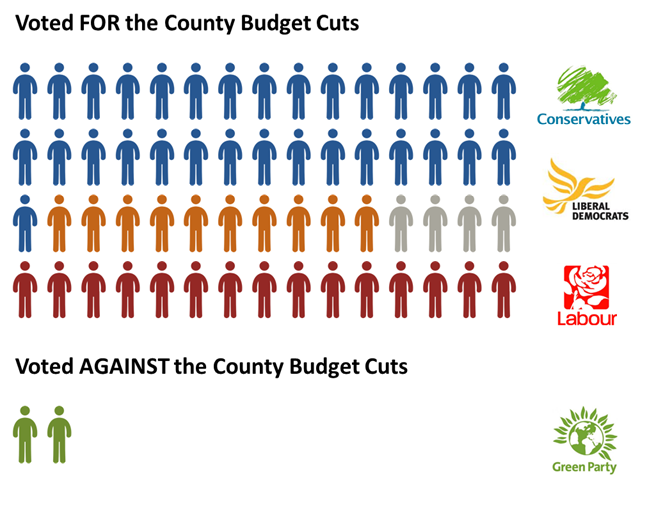 Councillor Liz Brighouse suggests that the Labour group on the County Council will always act in the interest of the vulnerable.

Unfortunately  the evidence is the exact opposite.

The Labour Party vote with the Conservatives to introduce cuts of over £70million all focused on the poor, the elderly , children. the homeless and the sick.

£37million was focused directly  on cuts to the most vulnerable. The Labour Party did not vote against the  vicious Tory cuts they voted for them. All the bus subsidies went dramatically reducing the number of buses , the falls service, the dementia service, the care for carers and vast array of outers cuts to those in desperate need including the homeless and special needs children.

She makes a point that the Tories agreed to add £2m to the £11 million 'Unspecified Cuts' black hole - a range of additional nasty cuts to be announced after the elections and put this toward childtren's centres. She knows as everybody other Councillor  knows that £7m was required to save the childrens centre and all that  has been 'achieved' is a stay of execution for a few months.

What a cynical letter clearly trying to spin the truth 180 degrees around.

Only the Greens put forward a budget that would have restored ALL the controversial cuts to the most vulnerable. Labour refused to back that and voted with the Tories...Why because in reality they still believe in the failed policies of Austerity and their leadership want to be seen as influential.