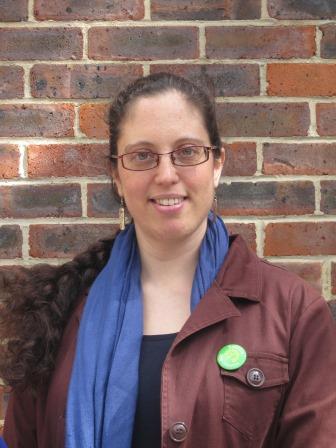 After several years of environmental activism as a student, Ruthi Brandt came to Oxford to pursue a research degree in animal behaviour.  During that time she has founded the Oxford Roots & Shoots Society which campaigned on issues ranging from wildlife conservation to climate change. She has been living in the city for ten years.

Since graduation she has been involved with other campaigning groups such as – the local Greenpeace group, climate camp and 350.org. In the last few years she has been active with - and working for - UK Tar Sands Network. She has also been an active member of The People’s Supermarket co-op in East Oxford.

After working with Green councillors last year to make Oxford the first Tar-Free city in the EU, Ruthi decided to take the ‘think global, act local’ phrase to a new level by becoming a Green Party councillor on the city council.