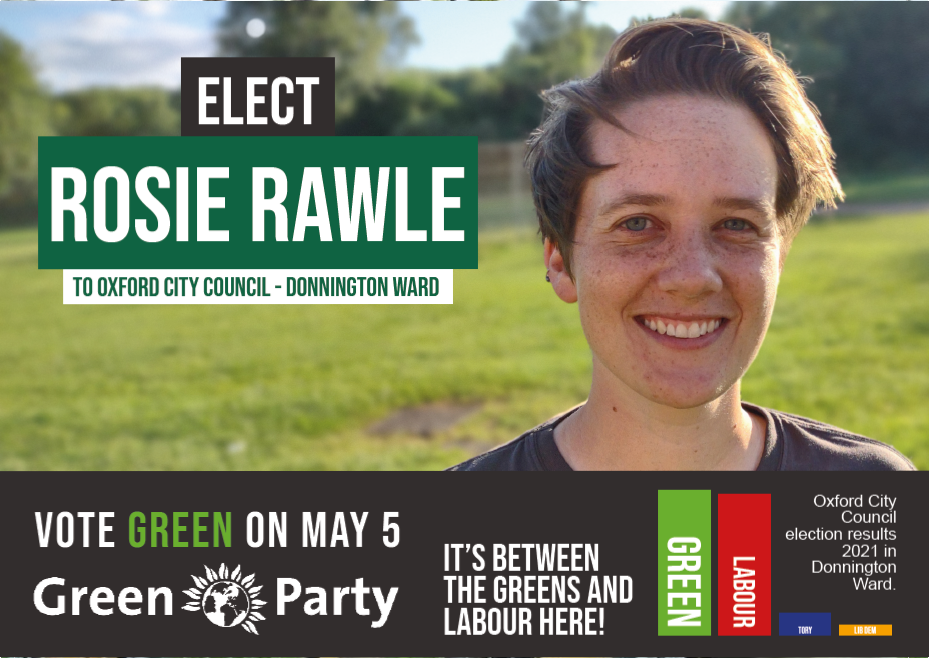 Rosie Rawle has lived in East Oxford for six years and has been active in the local community ever since. Rosie first moved to the city to work for Oxfam. At Oxfam, she campaigned to end British arms sales to Saudi Arabia that were being used in the war in Yemen, as well as for family reunion for refugees. Rosie has a background in the trade union movement. She has supported university staff in campaigns for fairer pensions, worked alongside public sector unions in the anti-austerity movement, and campaigned in solidarity with trade unions across the world to oppose sweatshop labour practices. She is currently a PhD researcher studying workers’ rights and movements in the global electronics industry.

Alongside this, Rosie has been active in countless campaigns for climate justice. She helped launch one of the UK’s first university fossil fuel divestment campaigns, which was ultimately successful in taking hundreds of thousands of pounds worth of investments out of coal, oil and gas. As part of her work in the climate movement, Rosie was a trustee of the campaigning charity People & Planet.

Rosie has been active in the Green Party for eight years, during which time she was co-chair of the party’s youth wing - the Young Greens - for three years.