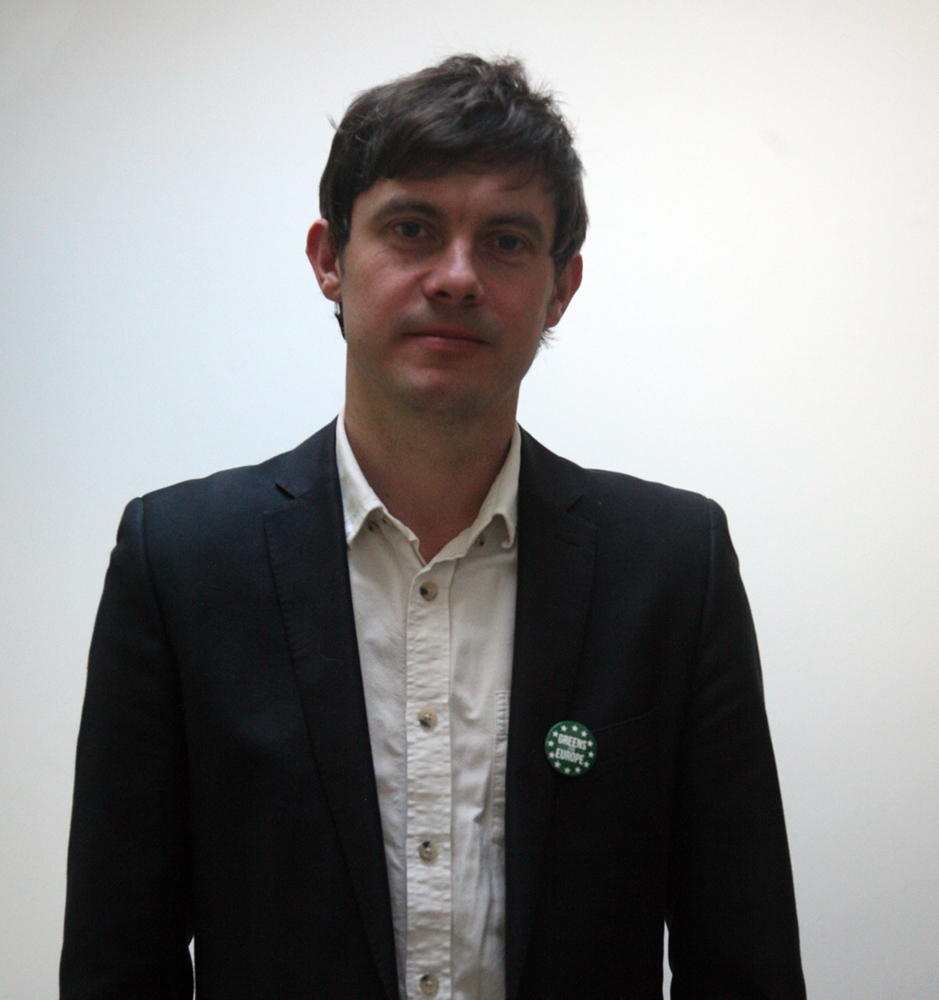 Robin is building on his 2nd place in the recent County elections, where he was the main challenger to the Conservatives in Berinsfield and Garsington. Oxfordshire’s most rural seat, the Green vote in Henley constituency has built over recent years to a best-ever 3815 votes in 2015.

Robin is a professional musician, and runs Wood Festival, a music event at Braziers Park running entirely on renewable energy and promoting a sustainable lifestyle. He lives in Dorchester-on-Thames with his wife and three young children.

Robin said “I am honoured to by chosen as Henley candidate. It’s important for voters here to have the chance to vote Green and indicate their preference for the direction of the country and for the Brexit negotiations.”

“I feel very strongly about Brexit and its possible ramifications for young people, the environment, and the tone of our country. Every Green vote cast weakens the hand of those seeking a hard Brexit destroying EU regulations that protect our children and our environment, and strengthens the hand of whichever Green MPs are elected in speaking for our supporters across the UK.” 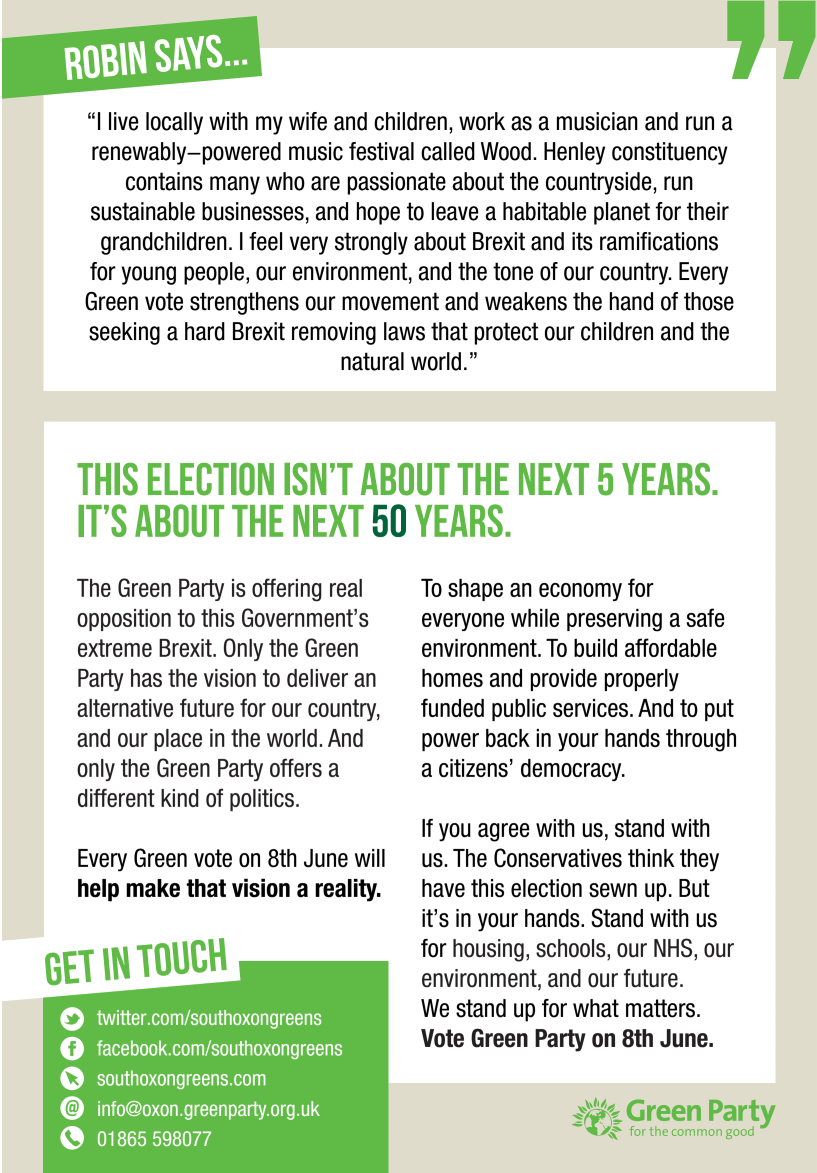 “I enjoyed working on the campaign in 2015 and would like to continue building a strong Green presence in the area, which despite its image contains many people passionate about the environment and the countryside, running innovative sustainable businesses of all kinds, and hoping to leave a habitable planet for their children and grandchildren.”