A 1,200 signature petition has been handed over to Laura Tarling of the Regional Post Office Executive by Councillor David Williams. The petition calls on the Post Office Management to reinstate the Donnington Post Office which closed the previous week. 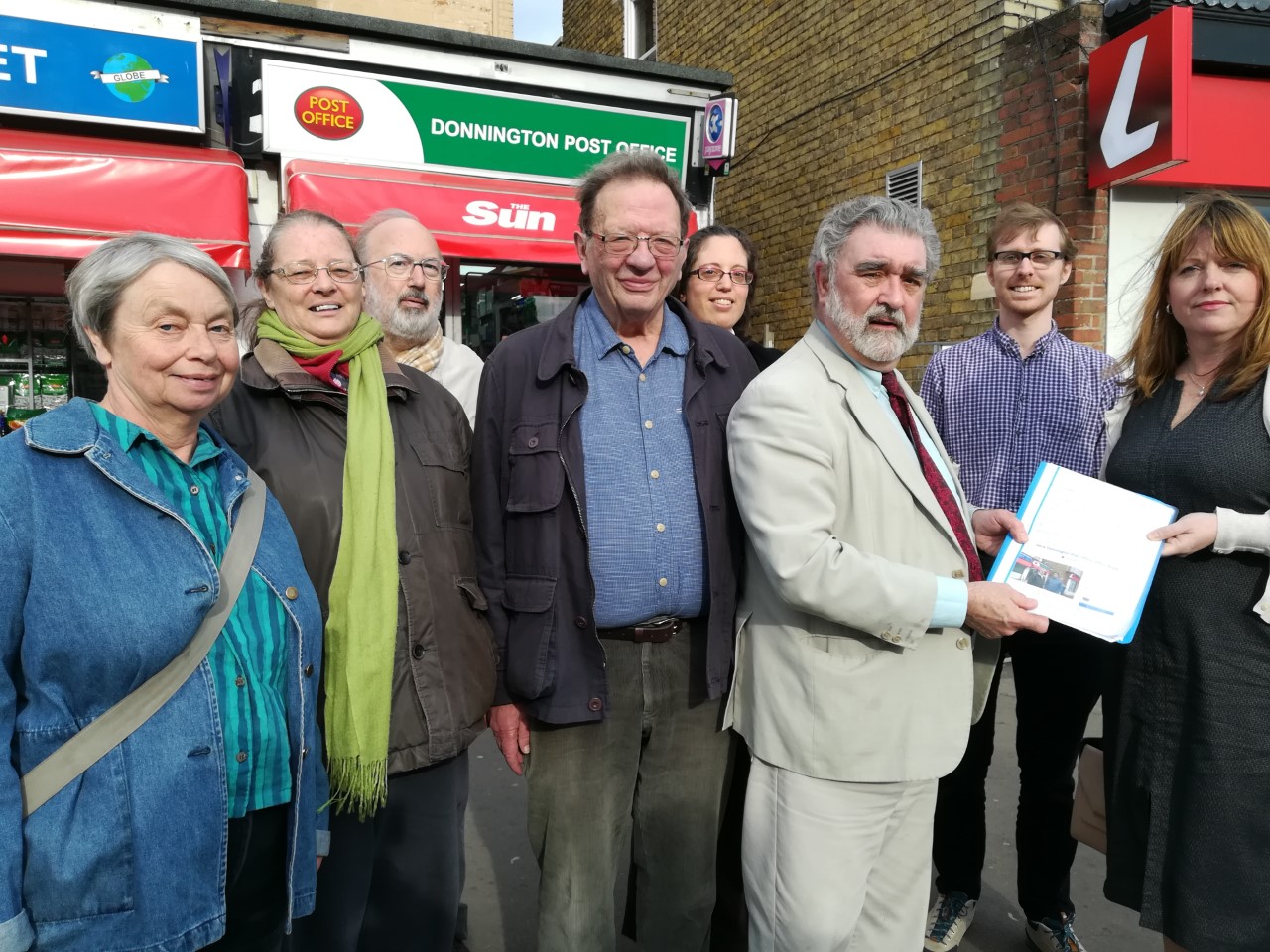 The petition collected in just a few days on line and signed sheets shows the strength of feeling in the local community that the spate of sub post office closures must end and local needs must be catered for, said Councillor Williams. The alternative waiting in a massive queue at St. Aldates is really totally unacceptable especially for the elderly he continued.

After the handover a business meeting followed with local councillors and Post Office officials which Councillor Williams described as very positive. It seems they responding with genuine efforts to recruit a new postmaster or mistress and looking at new locations said Councillor Williams. They were clearly impressed with the scale of the petition.  The meeting discussed not only the reopening of Donnington but also a new location for the Cowley Road Post Office which closed recently where a search for new premises is in hand.

At first I was very pessimistic that we would lose a local post Office but the meeting with officials suggested that there is hope said Councillor Williams.