The NHS belongs to us. It is a service we passionately want to protect. Greens are fighting to put the public back at the heart of our health service. 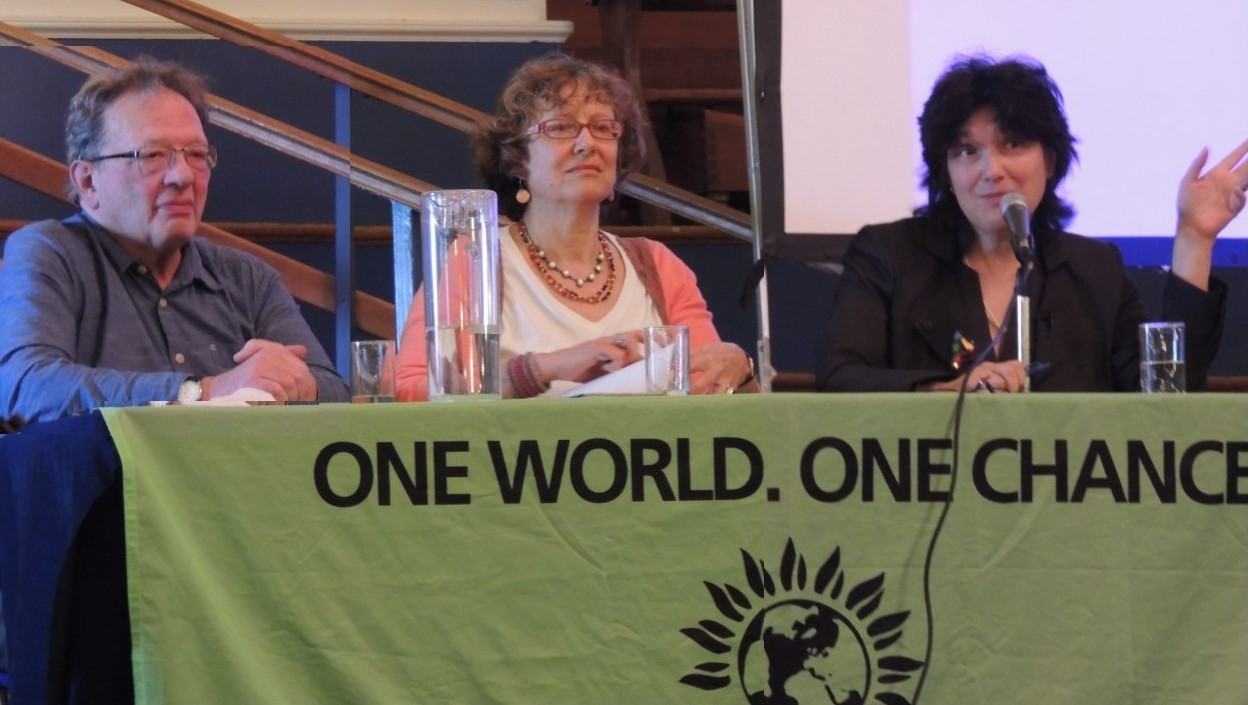 Candidates Larry Sanders and Ann Duncan with Prof. Allyson Pollock at a public meeting (Nov 2014) on the future of the NHS organised by Oxfordshire Green Party.

For more than two decades, Labour, Tory and LibDem governments have been intent on selling off one of our most cherished national institutions to the highest bidder.

Labour started the ball rolling when they raised money to build new hospitals using the flawed Private Finance Initiative (PFI). This funnelled large amounts of taxpayer money into private companies. The current Conservative/LibDem Government have put measures in place to speed up the privatisation process.

Any money diverted into the profits of big business is money lost to frontline services. Research by the local Keep Our NHS Public group indicates that the Oxford University Hospitals Trust alone is saddled with unnecessary private debt repayments of £20m per annum.

Do you support Green policies on the NHS and social care?