Tory-run Oxfordshire County Council have published proposals which would see Oxford City Council abolished, along with the four neighbouring district councils, and replaced with a new Countywide Council.

The campaign, entitled 'Save Oxford from Tory rule' highlights the unique nature of local government in Oxford, where there are no elected Tories. All other Districts in the County, and the County itself, are Conservative-run.  The 'One Oxfordshire' proposals, labelled as 'crazy' by Green County Councillor David Williams, are also backed by Labour and Lib Dem County Councillors who seem to have fallen in line with the Tories.

More information can be seen on our Campaign page on facebook and website and an article in the Oxford Mail. 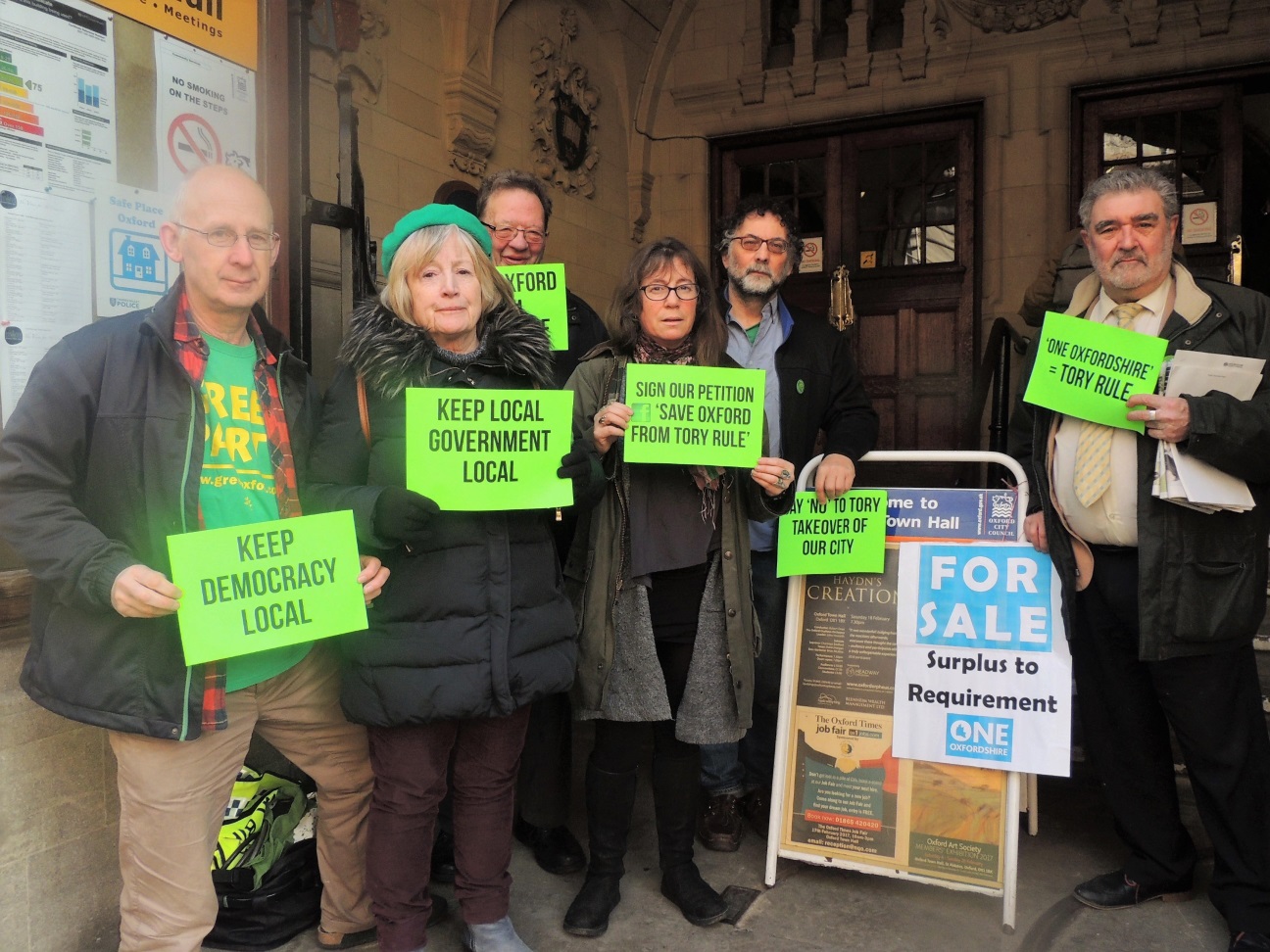 Following the successful passing of a Green Party motion at a meeting of Oxford City Council on 6th February, the Greens have launched a new campaign to save Oxford City Council from being abolished – which is what will happen under the County's “One Oxfordshire” proposals - a move which will certainly put the City under majority Tory rule.

The political parties represented on the City are split on the issue [1], the Greens - who are the only party united on City and County against the proposals - are hoping that they can galvanise opposition and act as a focal point for those who want to see Oxford retain its own Council.

This is not about geography, it is about ideology. It is wrong to impose a right wing vision of local Government on to the City when they have been successfully managing their own affairs and reflecting the views of their local electorate.

The City is a cost effective, efficiently run, local authority that pursues its own agenda. While other Councils in the County, and the County Council itself, has been cost--cutting and privatising services, the City Council is unique in retaining control over service delivery at the same time as maintaining services, making no redundancies and pursuing progressive environmental and social policies such as the Oxford Living Wage. As the old saying goes, 'if it ain't broke - don't fix it'.