March & Rally with us to stop a hard Brexit! 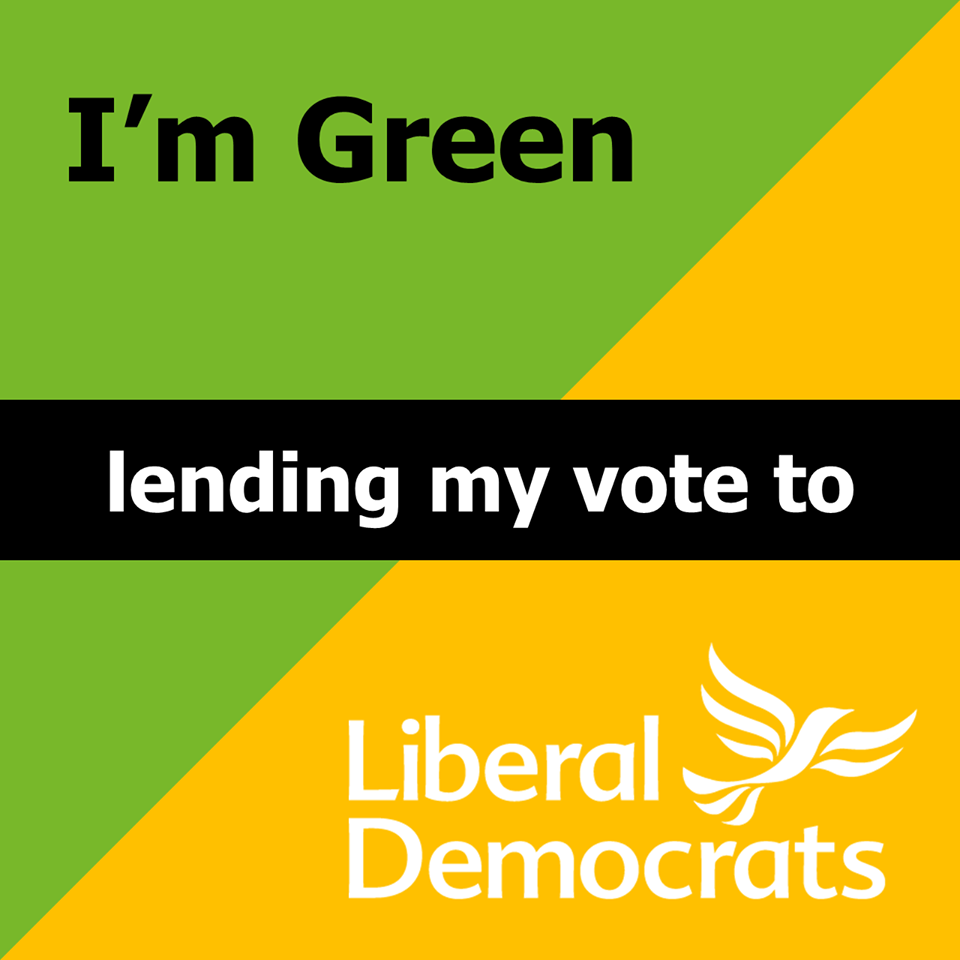 The Oxfordshire Green Party is actively supporting this event hosted by the Oxford Progressive Alliance!

We want to join with all other progressive citizens of all political colours to coming together to prevent a Tory landslide and a hard Brexit: Liberals, moderate Tories, Labour supporters and people of no affiliation at all!

This March and Rally is to encourage progressive voters in Oxford West & Abingdon, regardless of party, to support the Liberal Democrat, Layla Moran.

There is everything to fight for in Oxford West and Abingdon if we pull together!  Our Green Party candidate, Cheryl Briggs has stepped down so we can rally behind Layla Moran, as we acknowledge that she is the most likely candidate to stop the Tories and lead Oxford's fight against a hard Brexit.

Our shared interests matter more than what separates us

We share a belief in a Better Britain: open, tolerant, progressive, and with opportunities for all. We believe the NHS is precious; that education is worth investing in; that our relationship with the EU is key to our prosperity; that the environment needs protecting; and that a more representative democracy is worth struggling for.

You can join the March at two different locations at 1:30pm: University Parks, opposite Keble College, or in front of the Said Business School. Marchers will then process to Broad Street, central Oxford.

Come directly to the Rally in Broad Street, where we will make our voice heard!

Wear bright clothes, smile, laugh, and celebrate. Wave banners. Bring trumpets! There will be music and laughter and love. And of course rousing speeches.

Speakers at the Rally

There is an amazing line up of speakers and entertainment for the rally on Saturday afternoon! Not only do we have our own Larry Sanders but also a senior member of Bernie Sanders' campaign team, hot over from the States, to help us organise a grassroots uprising!

There will be other attractions/entertainment, including: street theatre; a cappella singing; selfie campaign in the crowd; volunteers encouraging people to post pictures of themselves holding a card saying e.g. “I'm Green lending my vote to Liberal Democrats" to post to Facebook, Twitter etc. to start a viral campaign; voter registration.

Are you a Green voting for the Lib Dems? Find and print your personal placard here:

Not able to come?

Please help spread the word about this event by participating in out Thunderclap!

This will only take 30 seconds but help ensure a massive social media blast about Saturday's rally on Friday.