Larry Sanders is our candidate for the Witney by-election 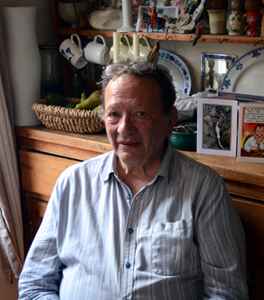 Larry Sanders will stand for David Cameron’s former seat on the promise to fight NHS privatisation after he was selected by the West Oxfordshire Greens on Thurday and nominated on Friday.

He will also campaign for a fair proportional representation system so every vote counts, more funding for social care and to reverse housing policy so everyone can afford a decent home.

Sanders, who has lived in Oxford since 1969, has served as a local councillor and spent eight years as leader of the Oxfordshire County Council Green Group.

In that time he successfully campaigned for Oxford Community Hospital to be reopened, as well as increased support for people with major care needs - which has since been reversed.

The major political parties are in disarray. The policies of the last 30 years, shifting resources and power from the majority to the richest, culminated in the illegality and greed which crashed the economy in 2008. The Green Party has pledged to make Britain a fairer and less divided nation.

We need to show that we don't want Britain to be the most unequal country in Europe. We don't want unmet health needs to increase when we already have too few doctors, nurses, and hospital beds.

We don't want the Government to impose unworkable contracts on 50,000 precious doctors, when it is clear that the supposed reason for the contract, a seven day hospital service, can't be done at present funding.

This is a rich, capable and decent country. We can do better.

You can volunteer or donate to help Larry's campaign.