Green Councillors on the City Council and the County Council are not crossing the picket lines in the current strike and support the local authority workers action. The Greens have also cancelled their monthly meeting at the Town Hall and will be actively avoiding County Hall all day. 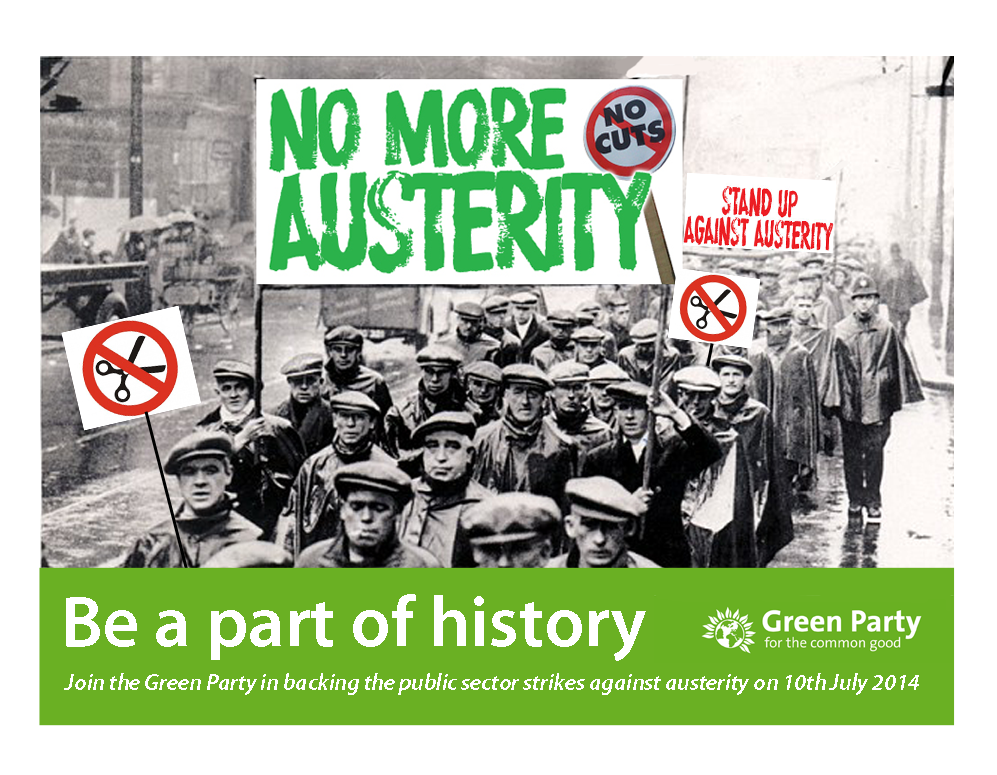 one-day strike over pay by public sector employees since 2010. The Green Party have pledged to support the employees' right to strike and to picket peacefully in order to assert their right to fair wages and proper treatment. Public sector employees are facing unprecedented financial hardship with part-time and female employees the most affected under the Government's ideological austerity agenda.

The strike will see more than one million workers protesting the Government policy of frozen and restricted pay and will include workers from the PCS, The National Union of Teachers, Unison, and others.

Councillor David Williams, leader of the Greens on the County Council said:

"The declining incomes of half the households in the UK in recent years are neither inevitable nor necessary. It is the job of Government to use taxation to maintain employment, the value of wages and salaries and to cut the deficit. Neither the Coalition nor Labour are prepared to use a wide variety of taxes to achieve this."*

*Such options include higher taxes on cigarettes and alcohol; raising Air Passenger Duty; adding new council tax bands at the top until Land Value Taxation is introduced; a financial transaction tax or Tobin Tax to curb speculation on currencies; higher income tax on the highest paid.