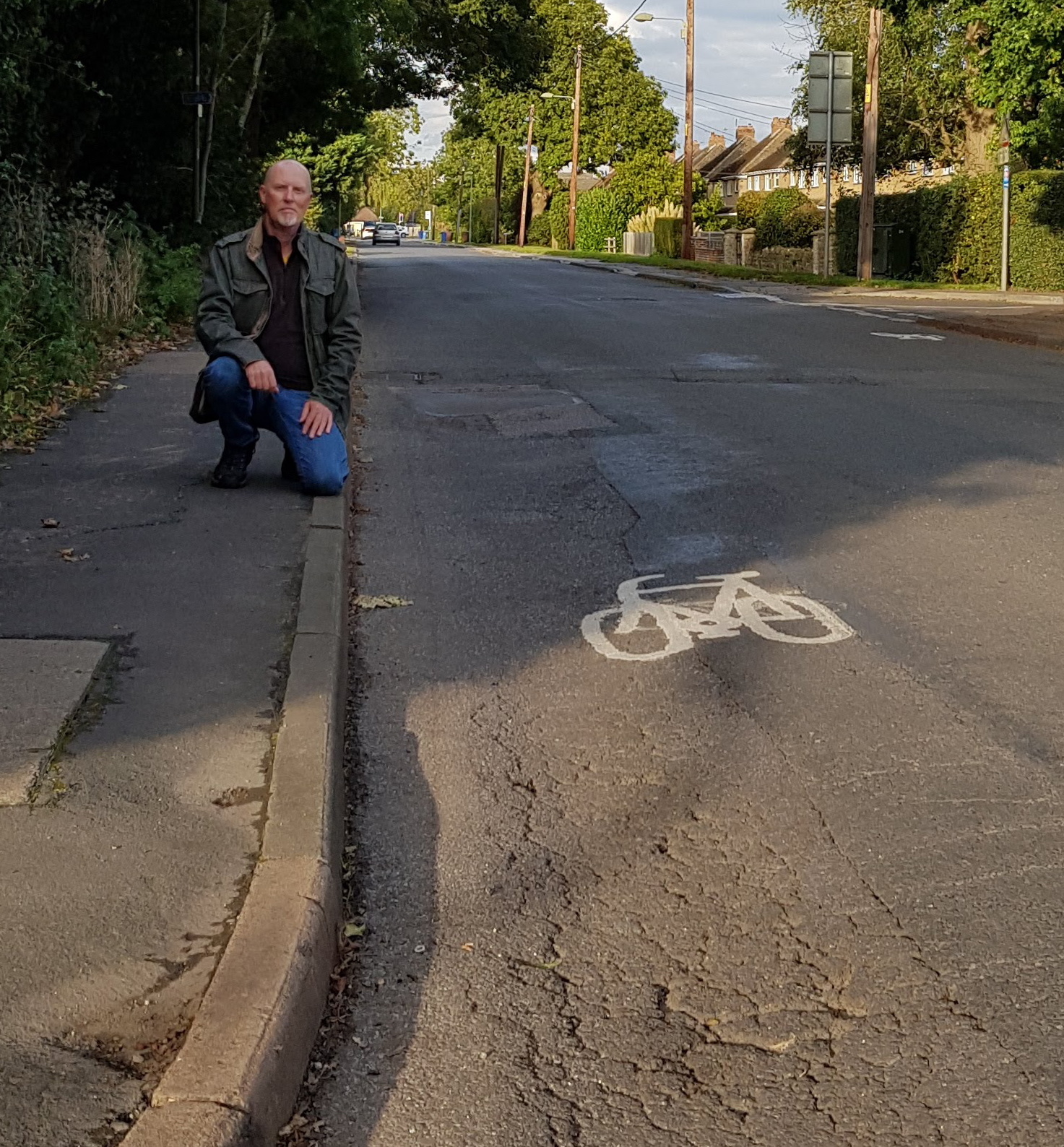 A Green councillor in Kidlington has accused the county council of tokenism towards cycling infrastructure in his ward.

Councillor Ian Middleton was flabbergasted to see cycle lane markings appearing on some roads in his ward of east Kidlington that he has been asking the county council to repair since he was elected in 2019.

Roads such as Yarnton Road, which is a major route from Kidlington, have been in a terrible state of repair for years, with large potholes, cracks and raised areas around access covers.  Areas near the kerbside are heavily damaged making for an uncomfortable and dangerous ride for cyclists and other road users. Yet repeated requests to the council and reports on Fix My Street have gone unheeded.

Now, in the wake of increased cycling as a result of the pandemic, cycle lane symbols have appeared on this road on top of the cracks and potholes, with no attempt to repair the long standing degradation of the road surface.

Other roads in Mr Middleton's ward, such as the Bicester Road, have had painted cycle lanes on the main carriageway for some time, but there are also poorly maintained and often blocked by parked cars meaning cyclists have to face oncoming traffic to navigate them. This is particularly bad given that this road has a local school and is also subject to an air quality management area.

Green councillor Ian Middleton comments, "I was gobsmacked when I saw the cycling symbol on Yarnton Road.  This is a road that I regularly cycle down and it's a real bone shaker.  It's no exaggeration to say that you have to hang on for dear life as you bounce along the road near the curbs, dodging potholes and cracks.  It's especially dangerous at night.

"The road forms part of a national cycling route, but you'd never know it to look at the surface of the carriageway.  It's certainly not for the faint-hearted!  I couldn't believe they just slapped a cycle symbol on the road without any attention to its terrible condition.

"It takes more than a pot of paint and a stencil to create a cycle path.  The road surface has to be fit for riders if they are to be encouraged to use it.  Even motorists complain about the state of this road.  How does the council expect cyclists to cope as they rattle across these severely damaged and uneven surfaces? This is just pure tokenism!

"It just goes to show how little the council knows or cares about the plight of cyclists in the county.  If they really want to encourage more sustainable transport, especially post COVID, they have to take cyclists needs into proper account when carrying out road maintenance rather than literally just painting over the cracks!"