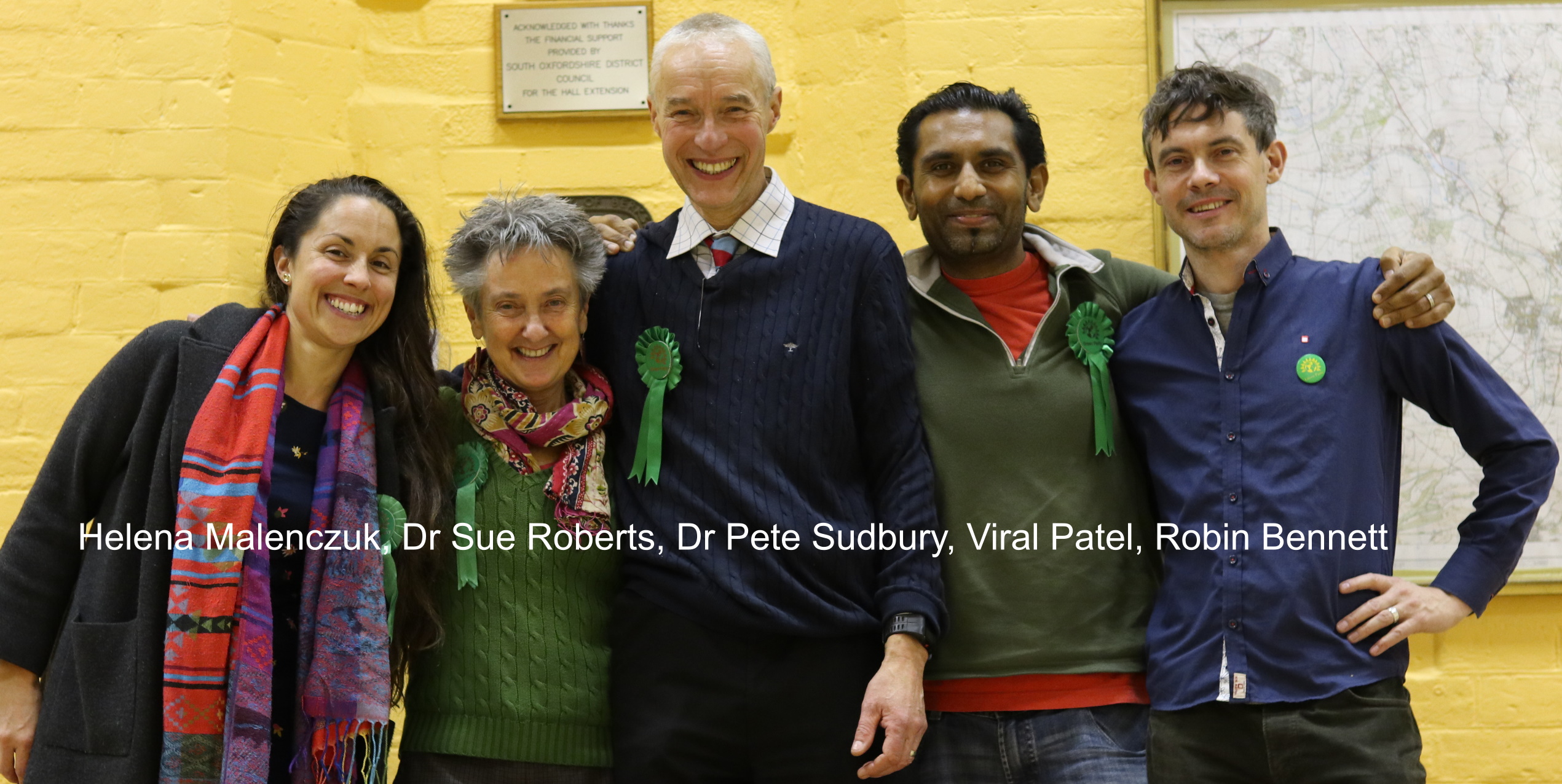 SENSATIONAL WIN FOR THE GREENS

The Green Party is celebrating after a sensational win in the by-election for the Wallingford division of Oxfordshire County Council on Thursday (28th November).

This was an increase of 30% compared to when the seat was last contested in 2017.

The victory gives the Green Party representation on Oxfordshire County Council for the first time since 2017.

Pete said, "I am so happy and so proud to have been elected to represent the people of Wallingford, Brightwell and the Wittenhams. My team worked hard to win this campaign and I will be the Green voice working constructively across party lines on the county council for the best interests of the division and county as a whole.

“I must thank the Liberal Democrats for deciding not to stand a candidate in the election, for backing me instead and for their enthusiastic support during the campaign. As our two parties have already shown on South Oxfordshire District Council, when we cooperate we can make real progress on championing issues both our parties care about.”

Pete follows in the footsteps of Oxfordshire’s first ever Green county councillor, a certain Caroline Lucas, who sat for the St Clements division in Oxford from 1993-97(3).

The by-election was called following the resignation of independent county councillor Lynda Atkins.

The Wallingford division forms part of the Wantage Parliamentary constituency. The Greens candidate (Dr Sue Roberts) has stood aside in this seat in the upcoming General Election as part of the national “Unite to Remain” alliance. Elsewhere in the county, Greens are fielding candidates in Henley (South Oxfordshire councillor Jo Robb), Banbury (Cherwell councillor Ian Middleton) and Oxford East (David Williams, a county councillor until 2017).