As we come to the end of a year and start another, it is time to reflect on the past year - another successful year for the Green Party in Oxfordshire. 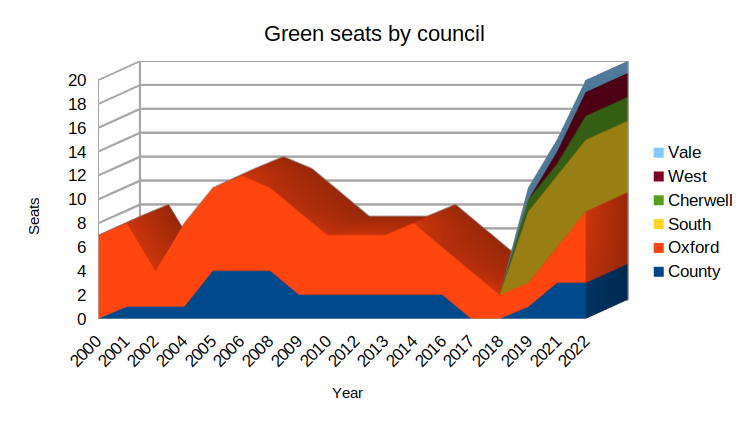 On 5 May 2022 voters elected 6 Green Party councillors in Oxfordshire districts, so that we now have councillors representing 20 district wards and county divisions, plus many town and parish councillors.

In Oxford we now have 6 councillors in opposition, holding Labour to account.  The Conservative majority is down to 2 in Cherwell district where we are in the official opposition.

With elected Green councillors we can make more of a difference.

Our Green councillors have a long list of achievements. Here are some of them.

In 2019 our South Oxfordshire councillors, together with the Liberal Democrats, have made responding to the climate emergency part of the council corporate plan. They publish progress reviews every quarter. On top of that, they have created a climate action plan which will help the Council to achieve its objective of being Net Zero in its own operations by 2025 and to show leadership to the whole District in getting there by 2030. Examples of
actions that have been taken include the creation of a new Tree Planting Policy, which has enabled community groups to plant trees on SODC-owned land, installing EV charging points in all of our market towns and implementing flood alleviation schemes (e.g. in Chalgrove) to combat risks arising from climate change. Sam Casey-Rerhaye chairs the committee that prepared a Climate Action Plan scrutiny report.

Although they weren't allowed to overturn the commercial house building plans set by the previous Conservative administration, they are now planning a £5 million investment over two years, using affordable housing funds from developers to enable the council to purchase and invest in its own council housing. This is one of many services they are bringing back in house, as well as building new smaller offices for their hybrid working staff. 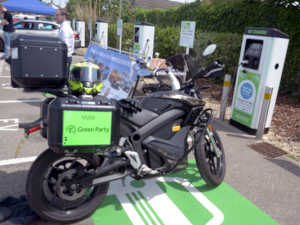 Since 2021 the Oxfordshire County Council Fair Deal Alliance has transformed the policies of the county council, to tackle the climate emergency, inequalities, health and well-being, active travel, social and child care. Green councillor Pete Sudbury is the Cabinet Member for Climate Change Delivery & Environment. The county council how has a serious net zero strategy and found funding for retrofit, electric vehicle charging and many other steps to net zero.

They encourage active travel and public transport while reducing (but not eliminating) car use. They are implementing the 20 is Plenty motion Pete proposed in 2020 so that many villages now have 20 mph speed limits, one of a number of ways to reach Vision Zero (no deaths or serious injuries in road casualties, as explained in the November Vision Zero summit in Oxford). Their low traffic neighbourhoods in Oxford should also make the roads safer and reduce pollution.

On food production the county council is starting to work on a county-wide food strategy which will support the needs of our communities both in terms of food production and access to healthy and affordable food. This builds on Ian Middleton's motion to introduce a plant-based menu for all catering for members and events within County Hall and to enhance education in schools on food production, preparation and waste prevention.

Our 6 strong Green group in Oxford City Council has got the council to set up a climate and environment scrutiny panel to check on how the council is living up to its climate emergency promises. It started this July. They have also got motions passed for a trans inclusive city, to end landlord discrimination against tenants on benefits, to provide free period products, to declare an ecological emergency, to oppose the reopening of the Campsfield detention centre and to get trade union representation on the Oxford Economic Strategy steering group. The Labour administration refused to accept our budget amendment to invest in renewable energy instead of commercial property.

But it is not only councillors who have made an impact. Our members have participated in meetings, consultations and demonstrations to promote change in Oxfordshire. 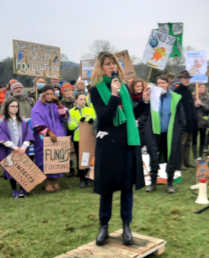 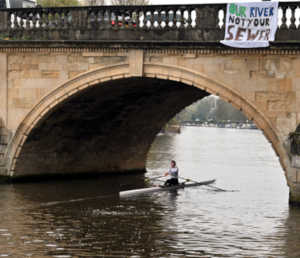 protested against sewage pollution of our rivers by Thames Water. Jo Robb the South Oxfordshire Thames Champion spoke at the protest at Port Meadow when it was declared a bathing water area.

Then later she joined the Henley Mermaids wild swimmers at the Speak up for our rivers event. The Henley Mermaids had been swimming the length of the Thames from Cricklade to Henley to raise awareness of sewage pollution and to raise money for Surfers Against Sewage.

In April, Windrush Against Sewage Pollution (WASP) and Green councillor Andrew Prosser spoke to Green supporters in West Oxfordshire about the future of our rivers. Then in November WASP and the Cotswold Wildlife Trust led people on a walk to Save Our Shill Brook.

In Oxford, the Oxford City Branch, led by our Green councillors, wrote and submitted a detailed response to Oxford Local Plan 2040. The team wrote responses to each section of the plan, then got members in different parts of Oxford to comment on the detailed sites in chapter 8. There was a disconnect between the council's stated principle of "A green, biodiverse city that is resilient to climate change" and their development plans to build, build, build.

During the year we ran online and hybrid talks for members and supporters to learn about issues such as universal basic income, growing food in the community, fusion power, housing development, meet a Green councillor, the Making of the Green Party 2022 political broadcast video and also arranged briefing for West Oxfordshire district councillors and staff on food and farming, and woodlands and nature recovery. 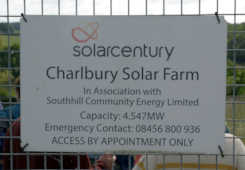 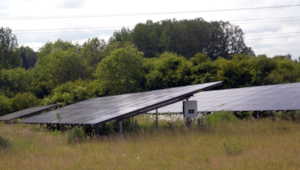 in the summer we organised visits to interesting places, including Bruern Farm, Ardley ERF, Longmead Meadow and Southill Solar Farm in Charlbury. There Liz Reason told us about the long story of how they get permission to set up a large solar farm near Charlbury. At one time they had hundreds of people standing in the valley, holding up umbrellas to prove that you wouldn't be able to see the solar panels from the road.

Then in June two dozen members spent an afternoon at the St. Margaret's Institute in Oxford thinking about how the Oxfordshire Green Party could make an impact over the next two years, by:

So how did we campaign to get so many councillors elected? And how can we do better in the coming year?

We rely on the efforts of volunteers, be they doing small things like delivering 200 leaflets or big things like managing an election campaign. The Oxfordshire Green Party has 1,200 members, 1,100 people who have offered to volunteer and 4,000 supporters signed up to receive our email newsletters. What do our volunteers do to win elections? 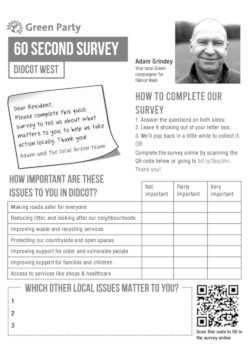 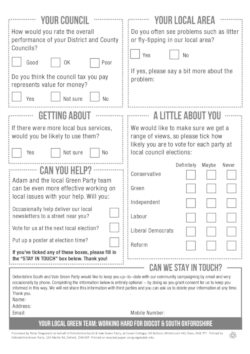 campaign all year round, not just in the last few weeks before polling day. Residents prefer to vote for people they have heard from before the election. And they stop voting for councillors who ignore them between elections.

To find out what issues most concern local residents we do 60 second surveys like this one. This autumn we have had action days to hand out surveys to residents in Didcot, Chinnor, Witney and Chipping Norton. They only take 60 seconds to complete so most people are happy to fill them in. They leave them sticking out the letter box for us to pick up.

Our candidates then look in to the main problems and report back in the next ward newsletter.

We print and deliver ward newsletters every two to three months. Here is an example of a newsletter for Woodcote and Rotherfield ward, printed on the Oxfordshire Green Party Riso 100 pages/minute leaflet printer.

Then when we got closer to polling day, from March, our campaigning speeded up, delivering one leaflet a week, handing out posters, and knocking on doors to talk to voters, sometimes called canvassing. Here are a couple of volunteers who went canvassing in April 2021, near Shilton and in Oxford, talking about their experiences.

Apart from campaigning in the ward, there are other volunteers working remotely - on graphic design, writing, data entry and analysis, web pages, social media, telephoning and fundraising or standing as a non-target candidate. There are many skills we can use in election campaigning, and others you can learn from us.

If you are interested, you can volunteer on our web site.

Our councillors and campaigners will be working on the closely related cost of living and climate crises: from the county council getting funding for retrofitting, to community information days organised by parish councils. To have an impact, they need our support. Could you help a councillor by reading and summarising the documents for the next meeting, so they don't have to do it all on their own?

So it is a case of all hands on deck. Could you make a New Year's resolution to support the Green Party campaigns in Oxfordshire? Could you spare one or two hours a week as a volunteer? Or could you help financially? It costs over £1,000 per ward to run a local election campaign (mainly the cost of printing leaflets). We managed several successful crowd funders in 2022. But the money comes late in the campaign. We need people to sign up to donate a little every month so we can campaign all year round.

Please donate on our web site.