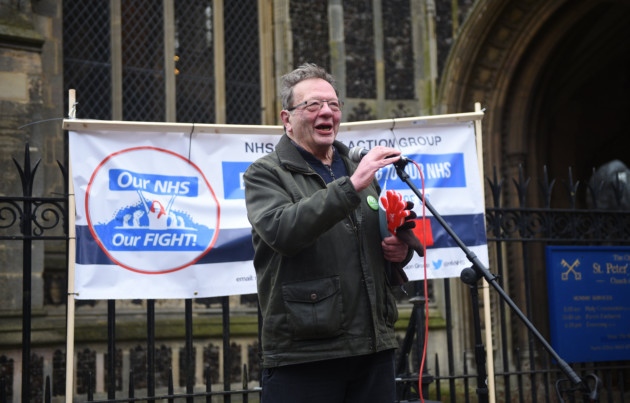 One day before attending the Oxford March to Defend the NHS, Veteran health campaigner and Green Candidate for Oxford East Larry Sanders has hit out at government cuts to health and social care that have been implicated in the deaths of 30,000 people.

Larry says; “If those cuts are not restored 10,000s more will die. Labour and Lib Dems have agreed with the Conservative Party that this country cannot afford an adequate health service. This is completely untrue; we are a wealthy, skilled and decent people.”

Larry and fellow Greens are supporting BMA demands that the Government needs to spend an extra £10bn in the next year in order to safeguard the NHS.

Larry says: “The Green Party is the only party which meets those goals. The Labour proposals would only add £2bn extra per year, the Conservatives also proposed £2bn in the first year and less thereafter. Both are totally inadequate.”

Larry has also criticised Labour for not prioritising NHS funding for fear of being labelled as a ‘big spending party’. He says; “No party should fear the need to spend enough to protect our National Health Service, something most of the population are extremely proud of. To safeguard the NHS, and the safety of our people, the money needs to be there. In healthcare money means doctors, nurses and hospital beds.”

Voters in Oxford East will have to decide between the reluctance of the Labour party to commit to what is needed and the desire, acknowledged by the Greens, to make real change.