The Budget proposals that are due to be considered by the County Council Cabinet next week are a direct attack on the most vulnerable in our community. On top of the £283 million savings over five years that they are already seeking, the Tory Chancellor of the Exchequer asked them to find another £50 million in June last year and when the final rates support grant settlement came in, stole away another £20 million. 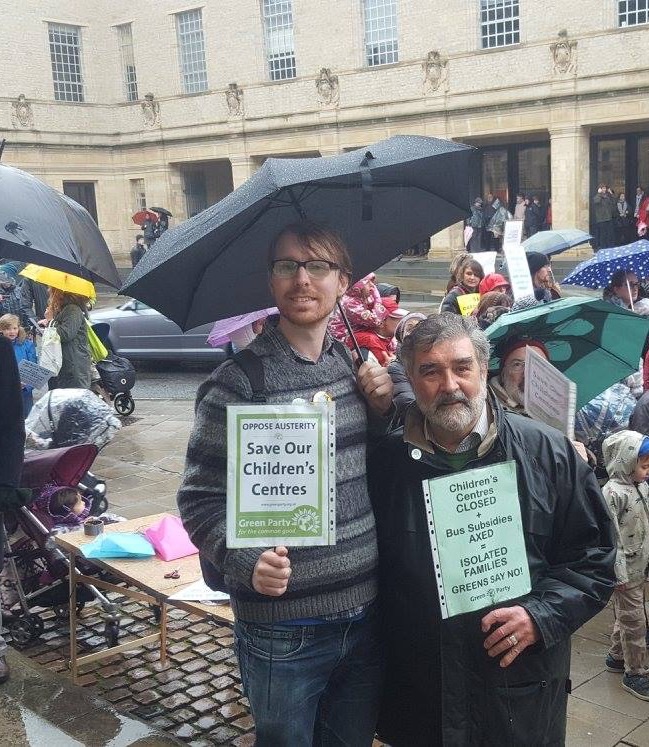 Councillor David Williams, leader of the Green Group on the County Council says:

“The effect on County services is disastrous with massive cuts to every area. We have money for making war in Syria and £167 billion for the full cost during the lifetime of the Trident nuclear submarine programme. We do not have any money for the sick, the homeless, disabled or poor here in Oxfordshire, and the Chancellor’s cuts are not reducing the national deficit.

“At a local level Councillor Hudspeth and his Tory chums are proposing a range of cuts that are false economies. The closure of the Children’s Centres will result in more children being taken into care. Who will pay for that? The County Council. People in rural villages will be stranded when the buses are cut and the cuts in adult social care will mean even greater misery for those who desperately need residential care.”

The Greens will be putting forward alternatives: stopping the 19% rise in Councillors Allowances and cutting back on Senior Officers' pay, which increased recently by 23%. We want to dip into the reserves and raise the Council tax by an extra small percentage. The Greens will put forward a balanced and legal budget to illustrate how this can be done and dispel the myth that there is no alternative.