Down by the River: Environmental Activism 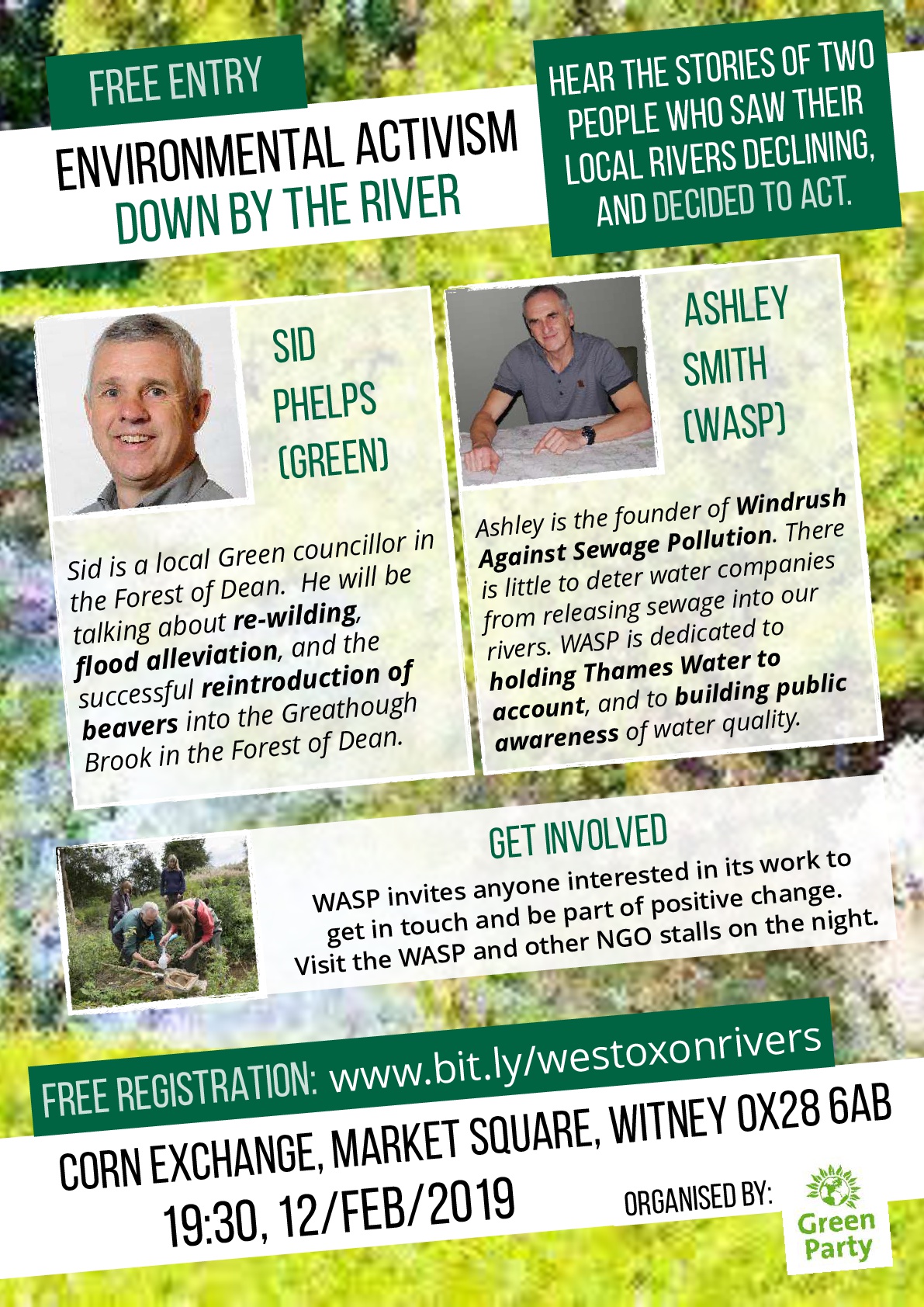 Come to this free event and hear the inspiring stories of two people who decided that they could not stand by and let the character and quality of their local rivers decline.

Sid Phelps championed the idea of reintroducing beavers to the Forest of Dean, an idea which has now been adopted by the local authority, and is considered in other areas, as an important contribution to the reduction of flood risk.

Windrush Against Sewage Pollution (WASP) and the Wychwood Project will both have representatives and stalls from 7pm and welcome the opportunity to discuss their work.

Let us know you are coming by booking here.