Below is the full speech Craig Simmons, leader of the city's Green Group, gave when he presented our councillors' budget amendment for the 2017 budget. This speech provides insight into the workings of the city council, and the work our city councillors put in year-round. It is also a good outline of the Green Party's vision for the city which our councillors fight hard to promote.

Sadly, only our four councillors voted for this amendment - the rest of the council voted against - but if previous years are anything to go by, some of these elements may find their way into the Labour administration budget next year!

This is the time of the year when the City sets the overall shape of its budget for the next four years. An important time, but also a turbulent time as we don’t even know if the City Council will be around in two years time!

As in previous years, the Opposition (and myself in particular as Chair of Finance Panel) have taken an active role in shaping the budget. That is as it should be as it creates a large degree of consensus around the budget, delivers a robust budget and leaves this debate to try and iron out any policy differences between the political groups.

I have a difficult task. First, I have to convince LibDem and Labour Cllrs who have no doubt been cajoled into voting for their own budgets - and nothing else - to keep an open mind. If you are willing to keep an open mind then I hope, that as a next step, I can convince you that the Green Budget amendment has much to recommend it and deserves your vote.

I am at a disadvantage as I do not know what you have been told about the Green Budget amendment. Going by past debates you may have been told that it is unworkable, impractical, financially illiterate, unsustainable and much more nonsense besides.

Well, any budget amendment that has made it this far (and many don’t) has to go through our very able finance team. It has to be properly researched, numerate and implementable. Our budget amendment is just that. So set aside any doubts about the integrity of our budget and focus on the content.

Even if you have not familiarised yourself with the numbers (and I know from my three years as Chair of Finance Panel that familiarity with Council finances is an acquired taste) let me try and talk you through the main decisions we made when formulating our budget amendment.

At the heart of our budget is a simple decision – what is most important; investing our limited capital in building more social infrastructure or expanding our car parking provision. Or to look at it another way, if the Council were to disappear in a few years time what would you want our legacy to be; more tarmac for parking cars or more community facilities, homeless accommodation and reduced carbon emissions?

For the Greens, this decision is a no-brainer morally, financially and environmentally. Our budget frees up close to £5m by cancelling the costly and environmentally damaging Seacourt P&R extension and reversing the decision to buy out the City Centre hostel lease so the site can be sold off.

We use this one-off money to avoid the sell-off of some community facilities in East Oxford, pump more money into the refurbishment of East Oxford Community Centre (the so-called Option 3+) and the East Oxford Games Hall, top-up the SALIX Plus fund to allow investment in more carbon reduction projects and refurbish Lucy Faithfull House to make it suitable for the most at-need client groups.

This decision also shrinks the capital programme and thereby generates some additional revenue through reduced contributions to capital as well as leaving our Work Balance more than £260,000 better off at the end of the four year period.

Now there are many reasons to doubt the wisdom of investing close to £4m in extending Seacourt Park & Ride. It was something we looked at closely in Finance Panel and decided that the revenue it is hoped it will generate is – in any case - high risk. There are several reasons for this: 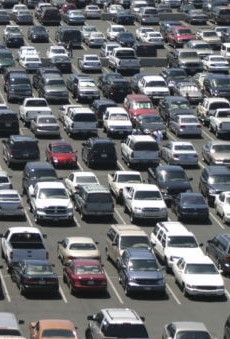 1. The County is planning to open new out-of-town Park and Rides which cast doubt on the need to expand Seacourt

2. Despite any resistance from this Council, the new shopping centre may well decide to discount parking rates at the Westgate Car Park (which will lead to higher occupancy there and less P & R use) and

3. The impact of the new train line into Oxford has not yet been fully factored in.

For these reasons, the Greens prefer to demand-manage car parking through charging levels rather than it being demand led. Ultimately, we don’t want more cars, congestion or pollution either in, or around, the City and if you are going to provide more spaces and expect more income as a result then that is only going to come from more car journeys.

My colleague David will talk about our plans for Lucy Faithfull House in his seconding of this Budget Amendment. Turning to our revenue budget…

You will see from our notes that we have raised parking charges across-the-board, over a period of two years, by 6% to offset the EXPECTED loss of the revenue from the Seacourt Park & Ride expansion. Note that this fully funds the ANTICIPATED revenues from Seacourt even though CEB accepted that these projections are high risk and thus the actual revenues could well be much lower.

We recognise the revenue for our capital investment in SALIX Plus energy saving projects, savings from our re-opening of homeless accommodation as well as income from introducing a late night licensing levy and cutting down on Councillor’s special responsibility allowances. We also recognise cost-neutral savings from expanding the fraud team (though we understand that this will likely generate income from new trading activity).

We also made good use of the one-off savings from reduced contributions to capital.

We accept ALL the changes made since the consultation budget.

In addition, we use the additional revenue we have raised to

What we have put together is a budget that, at an uncertain time, invests in this City’s homeless accommodation, community facilities and in tackling climate change.

As I said earlier, at the heart of our budget is a simple decision –what legacy do you want; more tarmac for parking cars or a healthier and happy community and a better environment? Your choice.