Just weeks after the shocking survey that showed Oxford to be the least affordable city for housing in the UK, the Labour-run City Council has rejected Green calls for an emergency summit that will bring together a wide range of stakeholders including, tenants and residents, landlords, housing charities, district authorities, and housing providers to identify potential housing solutions. 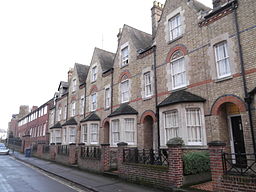 Labour tabled a 'wrecking amendment' (one that negated the original  proposal) following a Green proposal calling for a Housing Crisis Summit at Full Council this evening.

Says Green Councillor Sam Hollick who proposed the motion; "Oxford has the least affordable housing in the UK. Rents are sky-rocketing, rough sleeping is on the increase, families are being relocated to other counties, and new house-building cannot keep pace with demand. We need to think strategically and creatively about how to meet Oxford's current and future housing needs.  The Council administration clearly thinks it has all the answers - its track record would suggest otherwise."