In response to the comments by Cllr Mike Rowley, Board Member for Housing, Green Shadow Spokesperson for Housing, Cllr David Thomas says: "How can the Council deny the evidence all around us - more people are rough sleeping than ever before and services, which were previously adequate, are no longer able to cope. This human tragedy demands action. These people have suffered enough - they need hope and support, not excuses."
Photo:
Cllr David Thomas with Green MP Caroline Lucas and Neo (representative of homeless community) speaking outside the former Lush store on Cornmarket (which provided temporary day care services).  Photo credit: Adrian Arbib 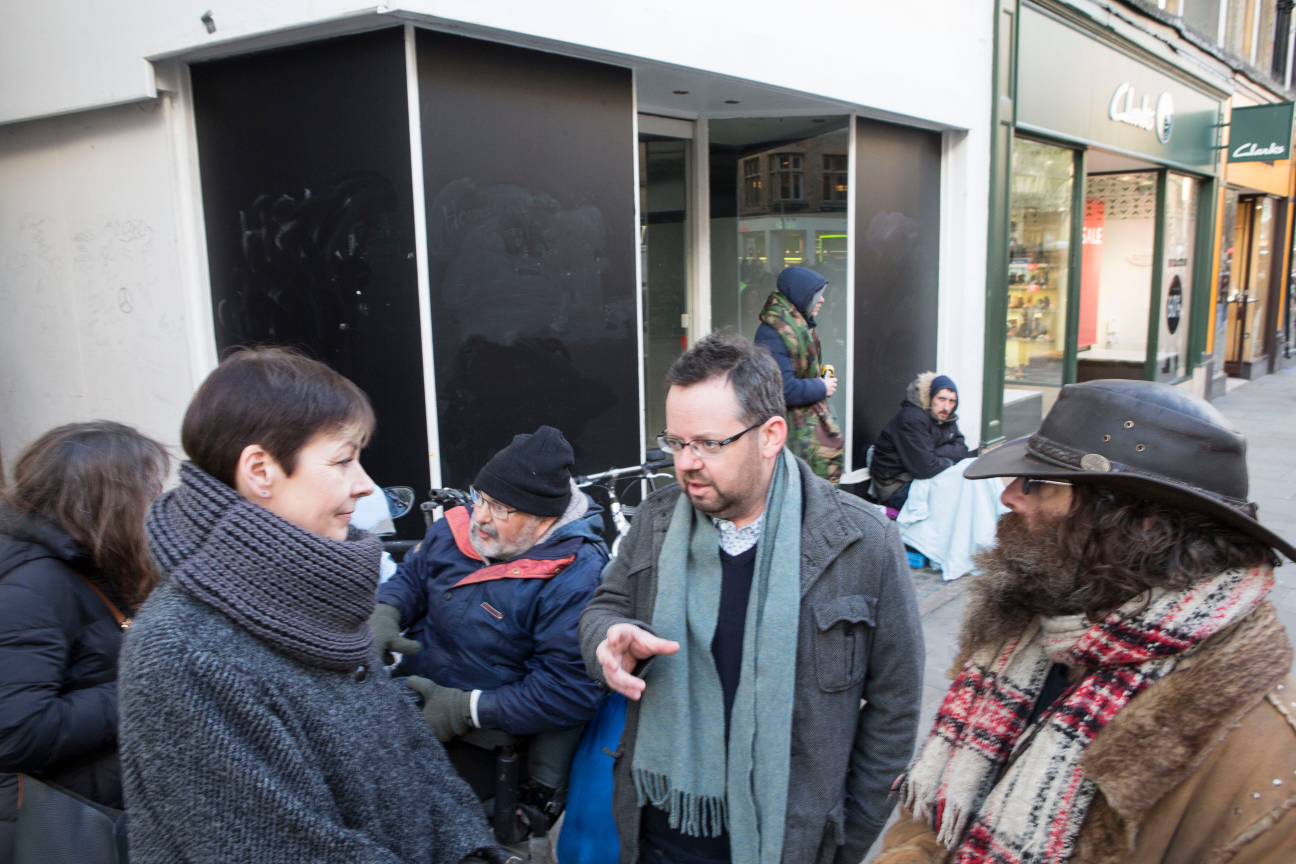 Day services to homeless people provided by O’Hanlon House, The Porch and The Gatehouse are available at the following times:

The Porch day centre is currently raising funds to buy and renovate new premises, as it has outgrown its Magdalen Road site. The Porch Appeal is aiming to raise £1.5 million. More information, including on how to donate online, is available at www.theporch.org.uk/the-porch-appeal.asp

There are also several voluntary groups providing support, food, and clothing for homeless people in Oxford including Gimme 5, Homes4All, and Oxford Homeless Project.