Colin Tudge talking about his next book, The Great Rethink

Posted by Mary Franklin 878va on 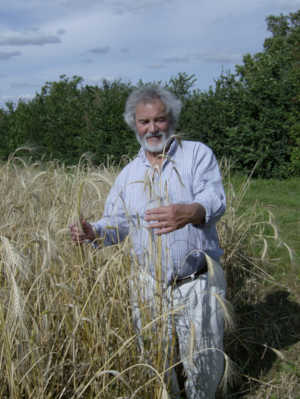 At the next Green Book Club meeting, we will be talking to the biologist and writer Colin Tudge about the ideas in his new book to be published later this year, The Great Rethink: A 21st Century Renaissance.

Colin and his wife Ruth West cofounded the Oxford Real Farming Conference ten years ago as a forum for what Colin calls “Enlightened Agriculture” - “designed expressly to provide everyone everywhere with food of the highest quality without cruelty or injustice and without wrecking the rest of the world”. This is based on the principles of agroecology, food sovereignty, self-reliance and fair trade – which taken together would provide more than enough food to provide the world’s population with sound nutrition and great gastronomy.

To reach this point, however, Colin argues that a political, economic, social, moral and philosophical renaissance is needed. He writes:

“Right now we seem to be staring Armageddon in the face yet we could be and should be planning at least in outline for the next million years – with justified optimism.

Furthermore, since the ruling powers are not on the case, we, all of us, people-at-large, Ordinary Joes and Jos, need to make the Renaissance happen.”