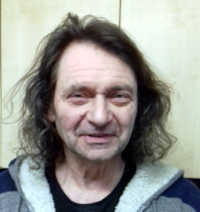 Born in East London in 1957 and moved to Oxford in the early 70s. My family moved to Oxford to take on the Post Office and off licence in Barton estate, but my working life started with a hairdressing apprenticeship. After 5 years working in a hairdressing salon, I changed work to being a postman for another 5 years. During this time, I became a homeowner in Carterton Oxfordshire and saw the flip side and became homeless. In 1985 I decided to be a self-employed freelance hairdresser. I once again became a homeowner this time a mobile home at Barton Estate again. In 1988 we had our first child, so I was then a dad. In 1990 I then bought a hairdressing salon where I still work. Either fortunately of not I met my present wife and was divorced. I have lived in Oxford East since 1998, in a council house, I now have four children. My children are now adults with the youngest being 22 years. In that time, I have been on some benefits and worked to be able to pay my own way.

Since moving to Oxford East I have been a parent governor with a local academy for 8 years being the link to the Sen department and became a youth mentor with the local authority At the same time joined and became the Chair of East Oxford Community Association which managed the community centre for a while. I have helped organised several events such as a repair shop, community meals including Christmas Dinner (which would still be happening if not for Covid), some parties, I helped organise and worked behind the bar at the community centre. I have addressed the City council on several subjects, some received well some not. Before Covid, being a hairdresser, I found The Oxford Homeless Project which I could add my hairdressing skill to their ability to help the homeless. For several years I have tried to help with different online petitions which are close to my heart.

Since the Coronavirus work has slowed so I decided to improve the salons decor. I volunteered and Registered for the Health authority help line and the local City council household help. I helped set up and continue to help with the East Oxford Food Larder.

As the political system leads to the council being non representative many people who do not vote labour do not get the opportunity to have their say in what happens, that needs levelling. As the pandemic is contained we cannot allow the current management of the city to be squandered. We have the chance to change how we live. Through a Green new deal we can invest in new green well paid jobs to tackle in inequality in Oxford. In Oxford there a wide divide between wealth and poverty this must be also addressed. Tackling housing can help the homeless, but homelessness does not come alone so mental health and addictions must be dealt with simultaneously, The ongoing situation with pollution can be accelerated to make Oxford carbon neutral by 2030 with insulating building, increasing electrification of vehicles and improving the park and ride system.