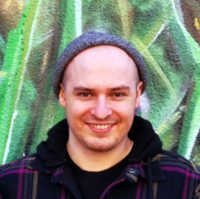 I've both lived and worked in East Oxford – specifically in the Iffley Fields and St Mary’s county division – since July 2016, having first moved to Oxford to work for People & Planet, coordinating their anti-sweatshop campaign, and, since January 2019, have worked as a press officer for public ownership campaign group We Own It.

Outside of this, I am currently the editor of Bright Green – the UK’s largest publication dedicated to Green politics, and am finishing a masters in History at Oxford Brookes, specialising in the history of social movements.

Local government has the power to transform people’s lives for the better - even in spite of power grabs from Westminster and a decade of cuts, outsourcing and privatisation. From high quality, publicly run services to pioneering environmental protection and grassroots community projects, local councils can deliver real and tangible change.

But the other parties have been wasting the opportunity local government gives them to do just that. Worse still, they’ve pursued policy after policy that have damaged our planet and failed to tackle social injustice and inequality.

I want to be a part of the team that delivers that change. With more than a decade of campaigning and communications experience – having won campaigns for fossil fuel divestment and the Living Wage and against labour rights abuses and the privatisation of public services – I believe I can help to use elected office to mobilise people in the fight for a fairer, greener and more equitable Oxfordshire.

Naturally these are going to be very challenging elections for us. We are typically even more heavily reliant on canvassing and leafletting as a mechanism for winning elections.

However, with covid restrictions likely with us for the foreseeable, it’s important to recognise that this might just not be possible to the same degree. Thankfully, over the last six months, the Donnington and St Marys ward teams (largely covering the Iffley Fields and St Marys county division) have been working to build the profile of the Green Party across the local area and increase the profile of myself and our other target candidates through a series of online talks which have already engaged hundreds of residents.

In the immediate future, I see us as continuing to pursue this approach, alongside resuming our literature deliveries (as we already have done), with canvassing also returning as soon as it is permissible.

In the unlikely event that covid restrictions ease significantly before the local elections in May, I would resume the work that myself and the other members of the St Marys and Donnington teams have already done to mobilise huge numbers of volunteers – particularly Young Greens - for action days. In the summer and autumn of 2019, we hosted action days attended by more than 30 volunteers, surveying the equivalent of 50% of the county division in a single day.

See above. In addition, if I were elected to both the city and county, I intend to leave paid employment to focus wholly on work as a councillor.