Cherwell's Conservatives vote to back the badger cull in Oxfordshire 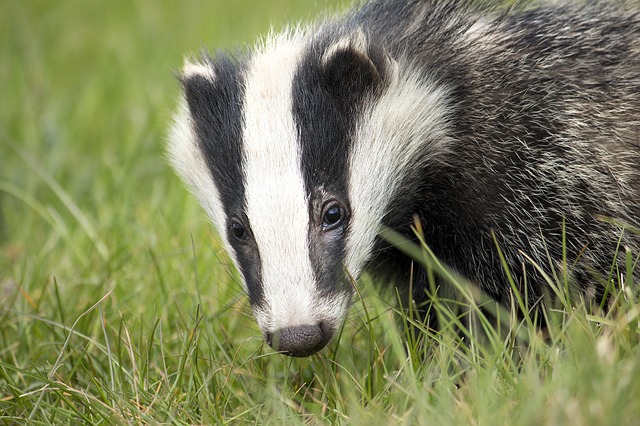 At the full council meeting on 19th October, Cherwell District Council considered a motion brought by Green Councillor Ian Middleton to oppose the expansion of the national badger cull into Oxfordshire, potentially including areas in Cherwell.

The motion, seconded by Liberal Democrat Councillor Conrad Copeland, called on leader, Barry Wood, to write to DEFRA opposing the cull and for the council to confirm that it would not allow the killing of badgers on any land owned or controlled by them now or in the future.

The motion was partly inspired by the work of the Oxfordshire Badger Group and their vaccination programme in the county, which seeks to find a humane alternative to the problem of Bovine TB (bTB) in the badger population.  Councillor Middleton's motion also called for the council to support and encourage this work and other non-lethal alternatives for bTB control.

The motion fell after a vote in which all Conservative councillors either voted against or abstained.  All other councillors present at the meeting supported the motion, with Labour group leader Sean Woodcock and other councillors speaking in favour.  The motion was also supported by the Progressive Oxfordshire group which comprises Libdem, Green and independent councillors.

Green Councillor Ian Middleton comments, "I've been campaigning against the badger cull since it was first instigated in 2013. The fact that it has recently been expanded into Oxfordshire was something that caused me a great deal of concern.  After speaking to the Oxfordshire Badger Group, I felt I had to do something to support their work and highlight the strength of feeling against the cull in Cherwell and across the county.

"Even though I am aware that Cherwell doesn't own any land that will be involved in the cull at the moment, I understand that there are areas that could be involved in the future.  My intention was to ensure that any land that was within the control of the council would not be available to the cull, whilst supporting schemes that seek to find a non-lethal alternative to control and making it clear to government that the cull was not supported by the people of Cherwell.

"I'm acutely aware of the impact of bTB on local farmers and I fully support the need to control TB in cattle and in the wider wildlife population.  But as a council that has passed a climate change emergency motion, we also have a responsibility to support biodiversity and protect our wildlife.

"I was pleased to receive support from members who agreed that this was an important issue for us as a council to take a position on as other authorities have, including the city and county councils.  But yet again Cherwell's Conservatives entirely missed the point. They tied themselves in knots looking for ways to defend the indefensible, relying on unsound assumptions and a poor understanding of the issues.  From the comments I've received since the vote, they are totally out of touch with the views of residents and animal lovers in Cherwell."