Oxfordshire Green Party County Councillors will be challenging the County Council to conduct a survey on the capacity of Oxfordshire charities, at the next County meeting. The years of cuts in services have been frequently excused by the idea that charities and volunteers will fill in the gaps created as services disappear. Half of Oxfordshire's libraries are currently run by volunteers. This month, our Children's Centres lose funding and are expected to find resources in the community, both volunteers and money, to survive. The recently-agreed County Council budget means two thirds of the elderly day care centres in the County will close unless other means are found to sustain them. Many charities have depended on the County or district councils for core funding to help sustain their services. As beds for the homeless steadily disappear in Oxford, and other charitable ventures shrink, it is clear that many charities are struggling to survive. Two Green Party campaigners, Hazel Dawe and Nuala Young, comment:

Hazel Dawe said, "Oxfordshire's Green County Councillors are asking where the charity and volunteer support to maintain County services which are being cut is going to come from. A survey of the availability and capacity of charities and volunteers by the County Council is needed. Oxfordshire Green Party is sceptical about the quality of services where professional key staff are disappearing, such as specialist social workers in our Children's Centres."

Nuala Young said, "There must come a point where the physical and financial capabilities of Oxfordshire's charities cannot meet the needs of the homeless, those with mental health issues needing support, drug and alcohol abuse services, organisations which assist refugees and asylum seekers, and many more. The County Council will not know where the gaps are, will not know where increased human suffering is most likely, unless it conducts a thorough investigation into the capacity of charities and volunteers in the County." 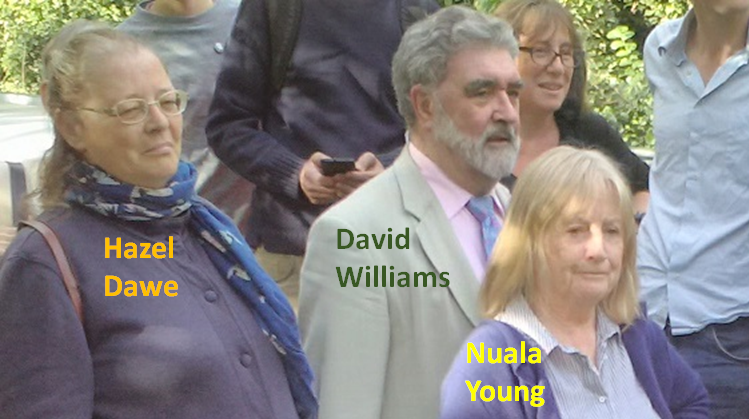