Posted by Barry Wheatley 412va on

"When most people do not understand how money comes into existence this film pulls back the veil on the dark world of debt with wit and insight. A film to inform, enrage and inspire."

After 5 years of research and hard work making, this independent feature documentary, Bank Job, it is ready to launch. The film Preview is on 26th February.

The film has been made with the support of the BFI Doc Society Fund and follows a journey from finding out about Strike Debt / The Debt Collective, buying up and abolishing millions of dollars of debt in the USA - to setting up Rebel Bank in the UK and subsequently a debt buying adventure in the UK. 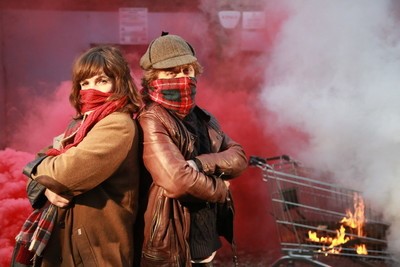